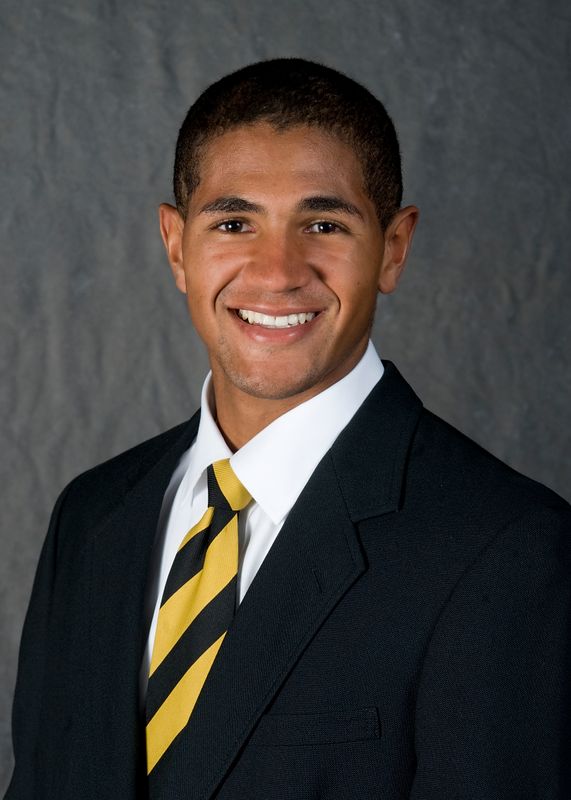 Hawk Item — Selected in the 32nd Round of the 2015 Major League Baseball First-Year Player Draft by the Miami Marlins with the 956th pick… finished his career tied for seventh in school history with 194 games played, 10th in at-bats (649), and 11th in singles (131).

2013 — Started 47-of-49 games, starting 30 in right field, 14 games in left field, and three in center field… 47 starts were the most on the team… missed May 7 game vs. Nebraska Omaha with a quad injury… shared the team-lead with Jake Yacinich in RBIs (24) and multi-RBI games (6), and ranked second on the squad in hits (50), runs scored (28), total bases (58), stolen bases (8-of-11), and hit-by-pitches (11)… posted a team-best 14 RBIs in Big Ten play… 11 hit-by-pitches were tied for seventh in the Big Ten… was plunked seven times in conference play, which was tied for fourth in the Big Ten… tallied 12 multi-hit games, including seven three-hit games… hit .395 (17-of-43) when leading off an inning, and .455 (5-of-11) with the bases loaded.. opened season with a career-best eight-game hitting and reached base streak… finished Minnesota series (April 26-28) with a team-high six RBIs… hit a grand-slam in the eighth inning April 26 vs. Minnesota, his first collegiate home run… finished series-opener against the Golden Gophers with four RBIs, setting a new career-high… went 2-for-4 with a run and two RBIs against Nebraska-Omaha, tying a career-best in RBIs… was 3-for-4 with two runs scored and an RBI against Kansas (April 9)… went 4-of-11 at the plate against Nebraska (April 5-7), including a 3-for-5 performance in the second game of the series… smacked first career triple in the first inning against Indiana on March 30… posted first extra-base hit March 22 vs. Northwestern, doubling in the top of the 13th inning… hit .444 (4-of-9) in the three-game series against Omaha… went 5-of-14 (.357) with three RBIs and three runs scored at the Snowbird Classic (March 8-10), starting all three games in center field… was named to the Kleberg Bank College Classic All-Tournament team after going 6-of-14 (.429) at the plate over the three day event… went 5-of-10 (.500) at the plate during three-game series at Austin Peay (Feb. 15-17)… set career-high in runs scored (3) against Austin Peay on Feb. 16… has eight steals in 11 attempts, ranking second on the team.

High School — Team captain in 2011… named best offensive player and team MVP in 2011 as he earned all-conference honors… selected by the Chicago White Sox to participate in the 2010 “Double Duty” Classic All-Star game for elite high school baseball players… selected by Major League Baseball and USA Baseball to participate in the 2010 “Breakthrough Series” designed to showcase rising high school junior and senior baseball players… batted .425 or higher in each season during high school… three-year ice hockey letterwinner and team captain… named team MVP and was the recipient of the Coaches Award as a senior… earned 2010-11 all-conference honorable mention honors… member of the Apple Valley High School Site Council to promote a quality education for students… participated in “Reading with the Eagles”, a program which promotes reading to elementary students in his school district… selected by his high school academic staff to participate in all-conference leadership sessions… played for Racine Hitters during summer of 2011, and tallied second highest batting average on team.