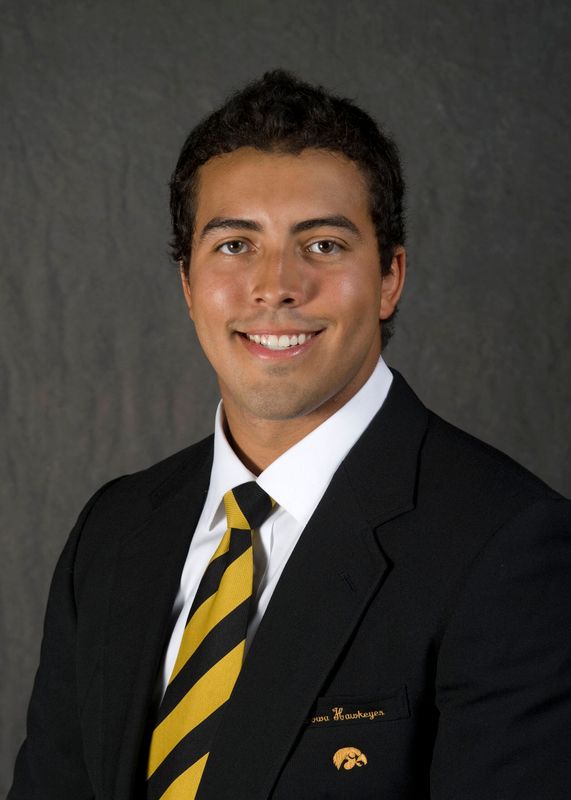 2012 — Appeared in 16 games, all in relief… led the team and ranked tied for third in the Big Ten with seven saves… compiled an ERA of 2.61, which led the team… finished with a record of 2-2 in 20.2 innings pitched… struck out 24 batters while allowing only 13 walks… allowed only six earned runs… finished a team-high 13 games… ranked fourth on the team in appearances (16)… opposing batters hit only .227 against the righty… recorded a 0.00 ERA in six home appearances… right-handed batters hit only .188 against him… limited hitters to a 1.75 average with runners in scoring position… with two outs, batters hit only .074… registered at least one strikeout in 15 of 16 outings… only allowed two extra base hits… earned first career save against Eastern Illinois on March 12.

2010 — Appeared in 14 games with nine starts… finished Big Ten play with the third-lowest ERA on the team (4.73)… tied for most wins in conference play (4)… ended his sophomore campaign with a 6.10 ERA in overall games, the third-lowest on the team… compiled a 5-7 record, the five wins was the third-most on the pitching staff… pitched 62.00 innings, the third most on the squad… played DH against Texas-Pan American (Mar. 20), recording a walk… pinch-hit against Michigan State… in his first start of the season, he amassed a season-high six strikeouts against Texas-San Antonio (Mar. 17)… went a season-high eight innings against Illinois allowing three runs on seven hits with five strikeouts.

2009 — Appeared in 27 games with 22 starts… started nine games on the mound… started 12 games at DH… started one game in left field… pitched team-best eight and two-third innings against Indiana (Apr. 10)… was Friday night starter… pitched every Big Ten weekend but two due to injury… posted a .269 batting average… posted a 2-4 pitching record… finished with a 6.35 ERA… season-high five strikeouts in a game, four times… was second on the team in innings pitched (51)… fourth on the team in strikeouts (30)… hit .538 when advancing runners… was second on the team with 59 forced fly outs when pitching… recorded four multi-hit games… had three multi-RBI games… longest hitting streak was five games.

High School — A three-time all-conference honoree… earned all-area laurels his junior and senior seasons… two-time all-state honorable mention… was the No. 15 ranked player in the state of Illinois by PG Crosschecker… named team MVP as a freshman… received most valuable pitcher award as a freshman… hit .427 with 36 RBI and 12 stolen bases his senior campaign… on the bump, he had a 1.72 ERA with 54 strikeouts as a senior… compiled a 6-3 record with a 2.02 ERA and 89 strikeouts his junior season… led 2007 Wheaton-Warrenville South team to first sectional title… played on the Illinois Sparks for two years… was a part of the national-runner up Sparks squad in 2008… received one letter in football… member of the Wheaton-Warrenville South state football runner-up squad in 2007.