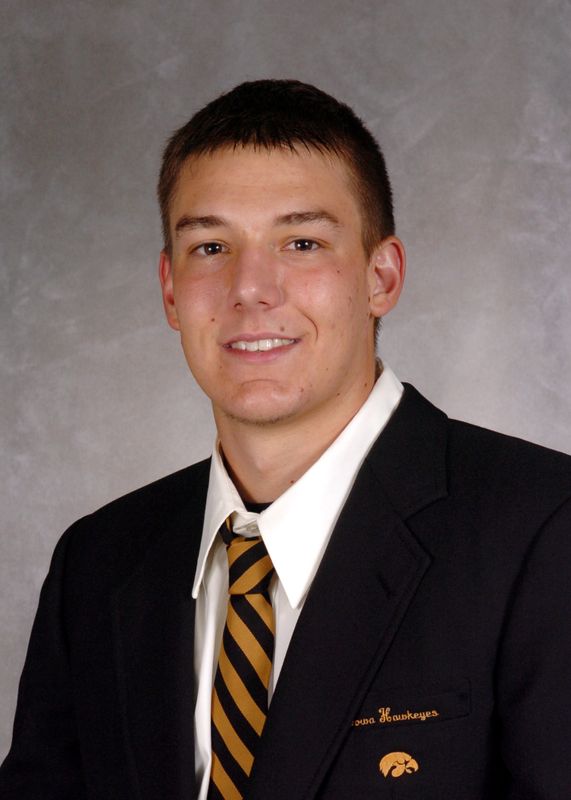 Hawk Item — Played in the Iowa Valley League for Walford.

2007 – Second team all-Big Ten… posted a team-best 7-3 record in 12 starts and 13 appearances… went 6-1 with a 4.79 ERA and 47 innings pitched in Big Ten play… earned a win in his only relief appearance, allowing just one hit in three and 2/3 innings pitched against Arkansas-Little Rock (Feb. 25)… picked up a win in his first-career Big Ten start, allowing just five hits and no runs in five and 2/3 innings at Ohio State (Mar. 31)… threw his first-career shutout against Indiana (May 5), allowing just four hits and no walks while striking out four.