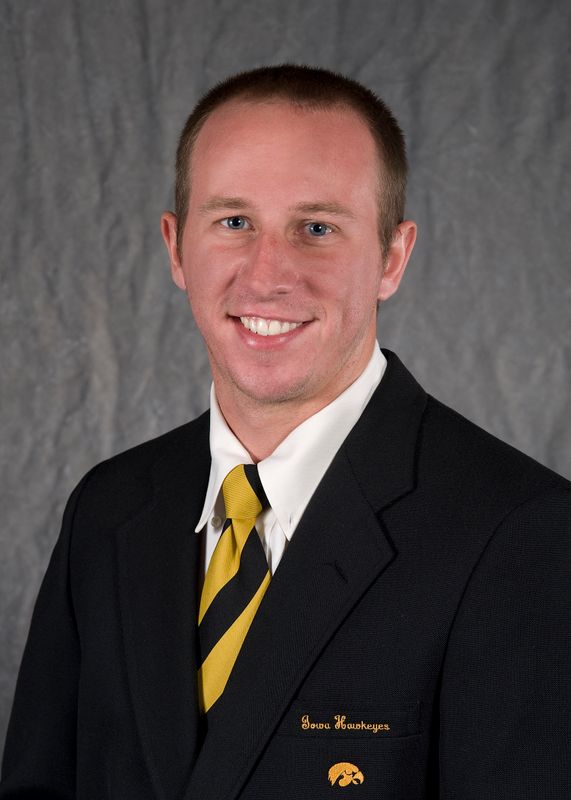 2010–Appeared in 23 games, all in relief… went a perfect 1-0… appeared in seven Big Ten games… compiled a 6.68 ERA, the fifth-lowest on the team… had the highest win-loss percentage (1.000)… appeared in the most games of any reliever (23)… lefties hit .214 against him… got lone win against Milwaukee (Apr. 13) in two innings of work allowing no runs on one hit… allowed no earned runs in nine outings.

2009 — Appeared in 20 games of relief… used as the Hawkeyes go-to middle reliever compiling 45.1 innings pitched, the third-most on the team … finished with a 4.96 ERA and a 1-2 record… had third-best on the team opposing batting average with a .257… struck out 29 batters… first collegiate win was at Austin Peay State (Mar. 6), with two innings of work and allowing two runs, no earned, for a 15-9 victory… received only save of the year against UW-Milwaukee (May 5) after going two and one-third innings and allowing two runs on two hits to win 11-4.

2008 — Saw action in 10 games… was one of nine Hawkeyes to record a save… got his first collegiate save against Rutgers (Mar. 16) having got the final out of the game… went 2.1 innings and allowed no earned runs against Northwestern (Apr. 20)… stuck out four and allowed no earned runs in 2.1 innings against Minnesota (May 4)… got first collegiate strike out against Minnesota (May 4)… allowed no home runs… didn’t allow a extra base hit when runners were in scoring position and there were two outs.

High School – Posted a career record of 13-1… missed part of his junior year and all of his senior season with an injury…traveled to Australia on a Goodwill Series Team in December of 2004… also lettered in basketball… honor roll.