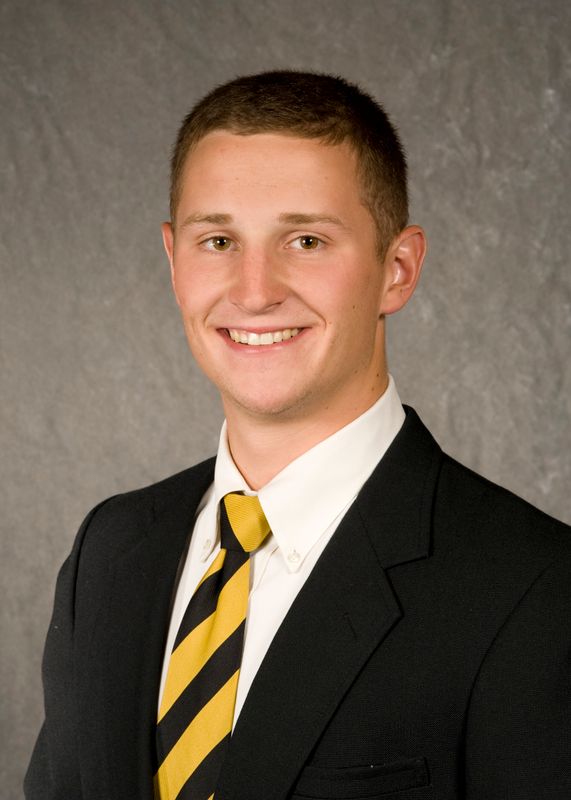 2010 – Appeared in 15 contests, all of which were starts… the 15 starts is the second-most in school history… the righty finished with a 3-6 record, the fourth most on the team…amassed a fourth-lowest 6.40 ERA… pitched the second-most innings of any Hawkeye (71.2)…started in eight conference games… his 41 strikeouts was the fourth-most, 18 were looking… pitched a season-long seven innings against Western Illinois (Mar. 28)… struck out a season-best five against Michigan at the Big Ten Tournament (May 29)… recorded his first win of the season against No. 25 Kansas after allowing only one run on five hits in six innings (Mar. 5).

2009 – Appeared in 14 games with nine starts on the mound… compiled a 2-2 record in 28 innings pitched… tied team-best with nine starts… team-best win-loss percentage at .500… earned a 4.57 ERA, the best of any starter… recorded five starts in the Big Ten… finished with a 2.3 strikeouts per walk ratio… first collegiate start at Austin Peay State (Mar. 19), going three innings and allowing two runs on five hits with two strike outs in a no decision… got first college win against Upper Iowa (Mar. 31) going five innings and allowing only one run on four hits… career-best seven strikeouts in loss against Penn State (May 9).

High School — Two-time first team all-conference honoree… named Gatorade Player of the Year as a senior… named Louisville Slugger player of the year in Wisconsin… was the No. 2 ranked player in the state of Wisconsin by PG Crosschecker… MVP pitcher as a junior… an honorable mention all-state selection as a junior… two-time team captain… hit .366 and compiled a 4-2 record with 50 strikeouts and a 1.75 ERA during his senior campaign… finished his high school career with 118 strikeouts… member of the 2008 Kaukauna High squad, who finished second in AA state… participated on the Midwest Blazers and Midwest Stars.