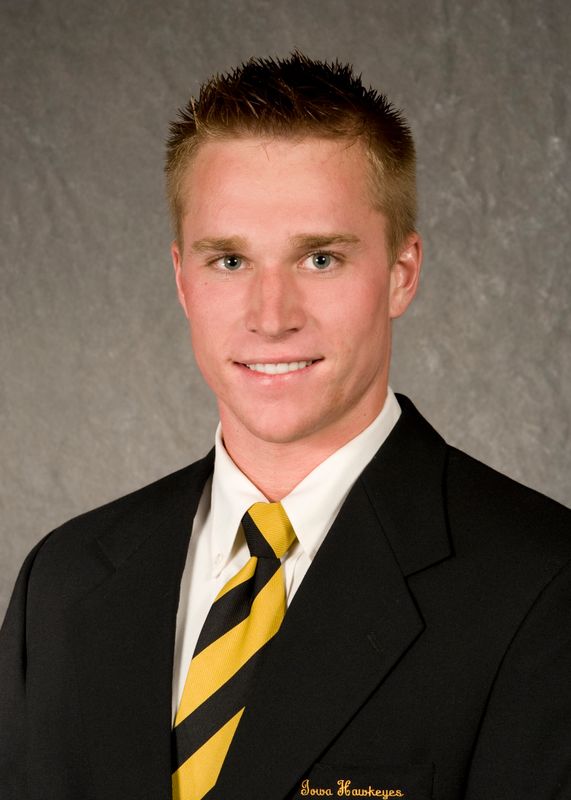 Hawk Item – Played summer ball in the Northwoods League for the Mankato Moondogs (2009).

2010 — Appeared in and started all 58 games for Iowa… only Hawkeye to start in every game… started 35 games in right field and three in center field… batted .326 in overall games and .358 in conference games, both registered as the fourth-highest for Iowa… hit .625 with the bases loaded… led the team with 12 doubles in Big ten play… had a team-high 20 RBI in conference games… ranked fourth on the team in slugging percentage (.465)… led the team with 46 RBI in overall games… connected with the team’s third-most hits (70)… led the team with 18 doubles in overall games… blasted four homers, the second-most of any Hawkeye… led the team in sacrifice flies (6)… stole 10 bases… batted primarily in the clean-up spot… went 4-for-5 against Villanova with three RBI and a homer (Feb 28.)… collected four RBI in game two against Michigan (Apr. 24) by-way of two doubles… collected 22 multi-hit games, the third-most on the team… led the team with 13 multi-RBI games… longest hit streak was six games.