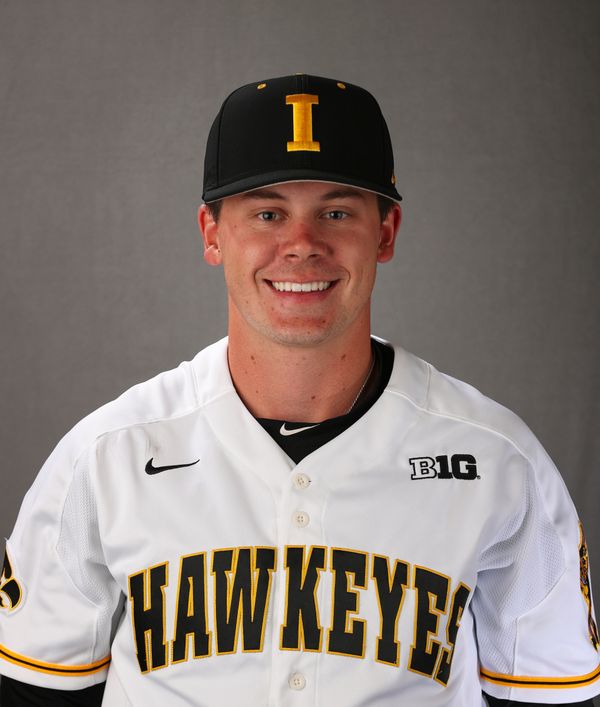 2021 Honors — Academic All-Big Ten selection. 2021 — Started two games in left field and appeared in 13 contests… served primarily as a pinch hitter where he didn’t register a hit in 16 at-bats… scored two runs and had an RBI… scored a run and had an RBI in the 18-0 win over Minnesota (4/11)… made his first start in left field against Nebraska (3/14).

2020 — Season canceled by Big Ten Conference and NCAA on March 12 due to concerns of coronavirus (COVID-19)… started one game as the designated hitter… hit .250 (1-of-4) with two RBIs… made his first career start against No. 8 NC State (2/28), finishing 0-for-2 with two RBIs… made his Iowa debut as a pinch-hitter at San Diego (2/23), where he had an infield single for his first career hit and scored a run.

High School — Ranked as the 488th-best recruit nationally by Perfect Game… All-Iowa first-team all-state selection after hitting .464 with a .710 slugging and .580 on-base percentage as a senior… three-time all-conference and two-time all-district honoree, earning first-team all-conference as a junior and first-team all-district as a senior… two-time team MVP… hit .394 with nine doubles and three home runs as a junior, while scoring 31 runs, driving in 30, and stealing 20 bases… 2018 Perfect Game Preseason Underclass All-American… helped Dubuque County Legion to an Iowa and Regional Championship in 2018 and to a berth in the World Series… named Louisville Slugger of regional tournament… four-year letterwinner in basketball, a two-time all-conference selection… National Honor Society and High Honor Roll… high school coach was Andrew Reese.