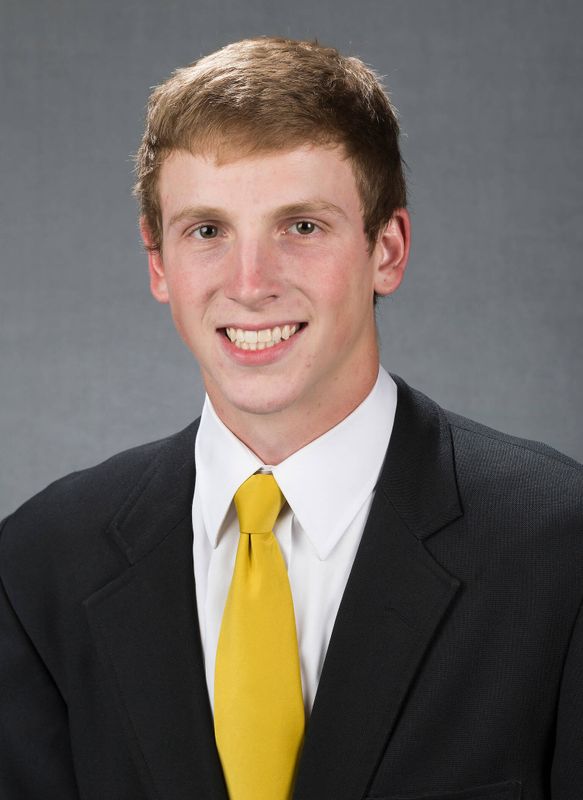 2017 — Went 2-2 with a 5.33 ERA in 22 appearances (one start)… had five saves — tied for 13th in Big Ten… finished with 24 strikeouts over 27 innings… notched his fifth save of the season, getting the final three outs in Iowa’s semifinal winner-take-all Big Ten Tournament victory over Minnesota (5/27)… notched his first career three-inning save, scattering three hits over three shutout innings at Nebraska (4/15)… earned his third save against Western Illinois (4/11)… earned his second win, tossing two shutout innings, scattering two hits and fanning one against UNLV (4/1)… recorded his second save in a game two victory over Purdue… notched his first career save, striking out the only batter he faced in series finale at Kansas State (3/19)… recorded his first win of the season, allowing two runs on one hit and fanning four over 2 1/3 innings against Northern Illinois (3/7)… made his first career weekend start at South Florida (2/19).

High School — Ranked as the 325th-best prospect nationally by Perfect Game… was rated as the ninth-best prospect in Illinois by the Prep Baseball Report… all-state and all-area honoree as a senior… two-time all-conference selection… went 3-1 with a 2.19 ERA as a sophomore, 5-3 with a 2.01 ERA as a junior, and 5-3 with a 0.67 ERA with 99 strikeouts over 61 innings as a senior… the 99 strikeouts are a single-season school record… pitched a complete game, no hitter in regional semifinal and a complete game to win a regional title as a sophomore… also was an all-conference selection in basketball as a junior and senior… honor roll all four years… played for the Illinois Edge… high school coach was Phil Bodine… club coach was Tony Folino.