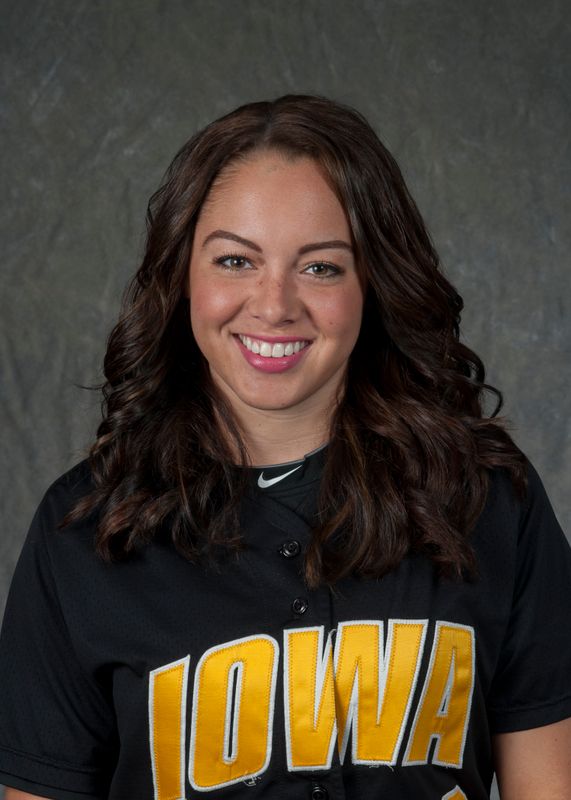 2012 as a Freshman… Appeared in 19 games with 10 starts… made nine starts as the designated player and one in right field… posted a .097 (3-of-31) batting average with three walks and four RBIs… made her first career start against LIU Brooklyn on Feb. 26… had a pinch-hit, two-run triple in Iowa’s 4-3 victory over Wisconsin (March 24)… it was her first career hit… had pinch-hit RBI singles against Nebraska (April 14) and at Michigan State (April 21).

High School… First team all-conference, all-district and second team all-state selection as a senior after batting .400 with two home runs, 24 RBI, nine doubles and two triples… also received the team ‘Coaches Award’ for leadership and dedication… earned second team all-conference and all-distict honors as a sophomore and junior… also was a third team all-state selection as a junior… named the team’s ‘Most Improved Player’ as a sophomore… led North Scott High School to a third place state finish in 2010… four-year letterwinner… made varsity as an eighth grader… batted .353 with 18 RBI and eight doubles as a sophomore and .391 with 24 RBI, 14 doubles and two long balls as a junior… played ASA ball for the Southeast Iowa All-Stars, leading team to the MSP College Showcase Tournament title… also lettered in basketball three years… was a third team all-conference and honorable mention all-Metro selection as a junior… was captain of ‘All Glue Team’ (holds team together both on and off the court) as a junior… high school coach was Dennis Johnson… was on the ‘A’ Honor Roll from 7-12 grade.