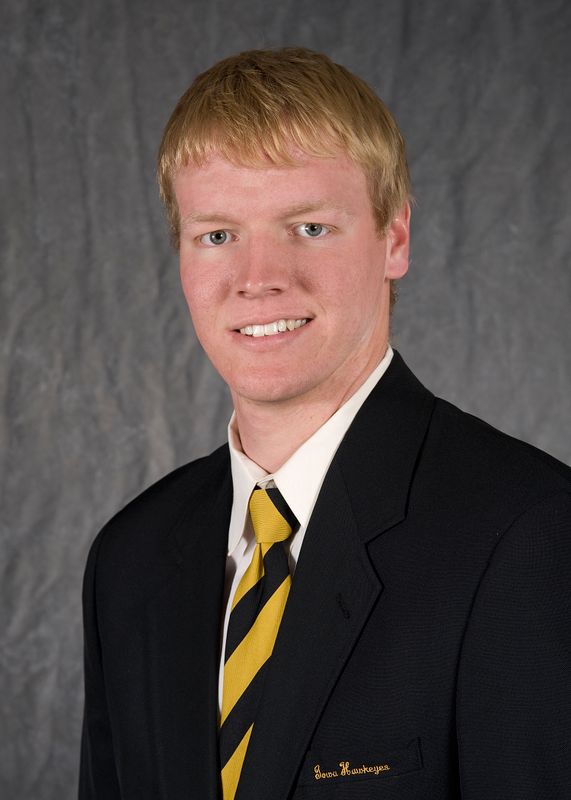 2011 – Appeared in 17 games, all of which were in relief… collected 34 strikeouts, the most of any Hawkeye reliever… posted an ERA of 4.63… earned one victory (Mississippi State, Mar. 4)… finished with record of 1-2… tallied eight strikeouts in win over Mississippi State… notched first career save against Southern Utah (Feb. 28)… equaled a career high with six and two-third innings pitched at Purdue in season finale… hitters batted .249 against, the second lowest on the team… appeared in 10 conference games, recording a 4.03 ERA… had a 3.00 ERA in six home appearances… left-handed batters hit only .174 against the righty… in Big Ten games only, the righty ranked fifth in opponents’ batting average (.236).

2009 – Played in eight games, with five starts on the mound… compiled a 7.20 ERA… finished with a 1-3 record… pitched 25 innings… recorded a 3.00 ERA in the Big Ten, in one appearance… got lone win against UW-Milwaukee (May 5) in six and two-third innings allowing two runs on four hits with four strikeouts.

2008 — Saw action in 19 games, with seven starts… finished with a 7.52 ERA… pitched the fifth-most innings of any Hawkeye with 40.2… appeared the fourth most of any Hawkeye with 19… pitched the fourth-most games of relief (12)… picked up the win in Iowa[apos]s 8-3 triumph at Creighton (Apr. 16)… picked off three runners… was most successful when runners were in scoring position and there were two outs he only allowed one extra base hit in those instances.

High School – A ninth-round draft pick for the Kansas City Royals…first team all-conference and all-district two years… second team all-state his junior season… was a Louisville Slugger pre-season all-American honoree… recipient of the Bob Feller 4A Pitcher of the Year award… elite all-state selection his senior year… posted a 10-2 record his senior campaign… tied state tournament record with 14 strikeouts in a game his senior season… was a part of two Davenport Central conference champion teams … earned four letters in basketball and received second team all-conference honors… is second on high school’s record book for rebounds in a game with 21.