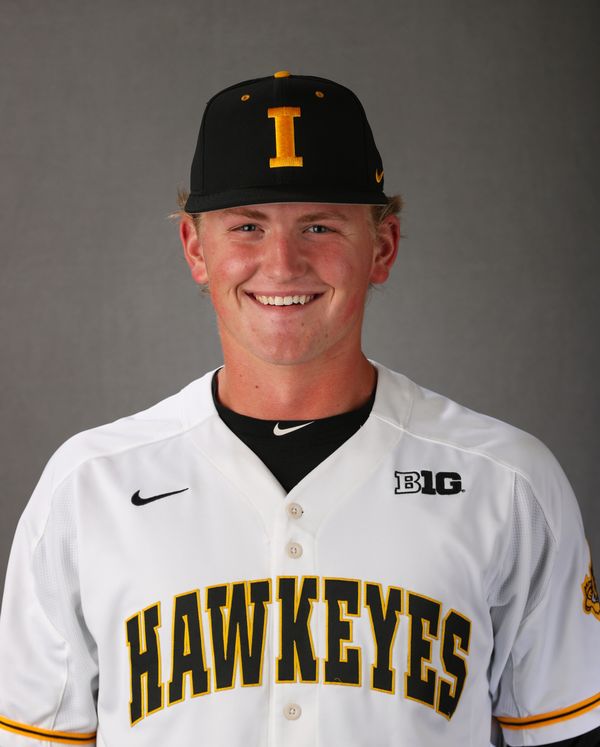 High School — Ranked as a top-500 player nationally by Perfect Game… first-team all-state and all-conference honoree as a senior after going 6-3 with a 2.42 ERA… Des Moines Register all-Iowa Elite Team and first-team Class 4A selection as a senior… two-time first-team all-district… had 79 strikeouts over 43 1/3 innings, allowed just 19 hits and limited hitters to a .128 average… also hit .485 with 64 hits, including 37 for extra bases (20 doubles, five triples and 12 home runs… drove in 57 runs, had 130 total bases and had a .534 on-base percentage… threw a six-inning perfect game against Fort Dodge as a senior with 12 strikeouts… third-team all-state as a junior after going 2-1 with a 3.84 ERA over 27 1/3 innings… had 45 strikeouts and allowed 22 hits… also hit .341 with 14 doubles, 27 RBIs and 43 total bases… holds school records for hits (64) and doubles (20) in a single season… helped team to three state tournament appearances, finishing as a state semifinalist as runner-up as junior, semifinalist as senior and quarterfinalist as sophomore… team won conference title as senior and was runner-up as junior… 2019 & 2020 honorable mention Central Region All-American… played for Ankeny Warhawks from 7U-14U… starting tight end and three-year letterwinner in football where he has helped Ankeny to a state title as a senior and a runner-up finish as a junior… also lettered in track and field… four-year academic award winner in baseball and three-year academic award winner in football… high school coach was Joe Balvanz.