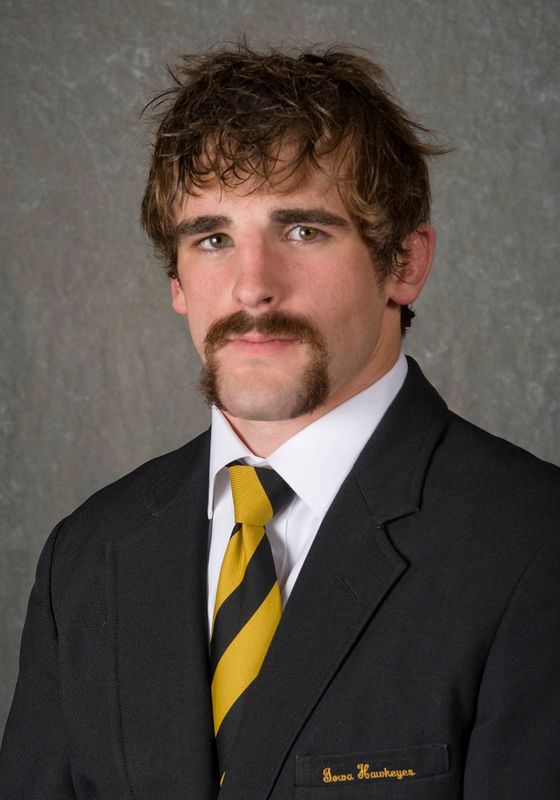 2014-15 — earned All-America honors with a sixth place finish at NCAA Championships… placed third at Big Ten Championships to earn automatic bid to national tournament… defended his 174-pound title at Midlands Championships… won a career-high 30 matches… was 15-1 in duals, including a 7-1 Big Ten record and a 10-0 record at Carver-Hawkeye Arena… his 15 dual wins tied for first on the team… his 65 dual points scored ranked second on the team… he ranked third in technical falls (4) and tied for fifth with four major decisions… reached as high as No. 2 in the national rankings… was 13-5 against ranked opponents… letterwinner.

2013-14 — earned his second All-America honor with a sixth place finish at NCAA Championships… placed second at the Big Ten tournament for the third straight year… finished with a career high in wins and a 28-7 overall record, including a 12-3 record in duals and a 5-1 mark in the Big Ten… won the Midlands Championships… had an 8-7 record against ranked opponents… reached as high as No. 4 in national rankings… 19 of 28 wins were by bonus points… led team with six technical falls… matches his single-season career-high with seven falls… recorded five major decisions… 52 dual points scored ranked fourth on the team… letterwinner.

2012-13 — earned All-America honors following a sixth place finish at NCAA Championships… recorded an overall record of 23-7, including 17-3 in dual competition… opened the season 2-0 competing at 165 pounds before moving up to 174 pounds, where he posted an overall record of 21-7… earned a runner-up finish at the Big Ten Championships, earning an automatic NCAA bid… scored 68 dual points and tied for the team lead with 10 major decisions… was 7-1 in Big Ten duals, and 8-0 at Carver-Hawkeye Arena… pinned two opponents and scored two technical falls… academic All-Big Ten honors… NWCA All-Academic team… letterwinner.