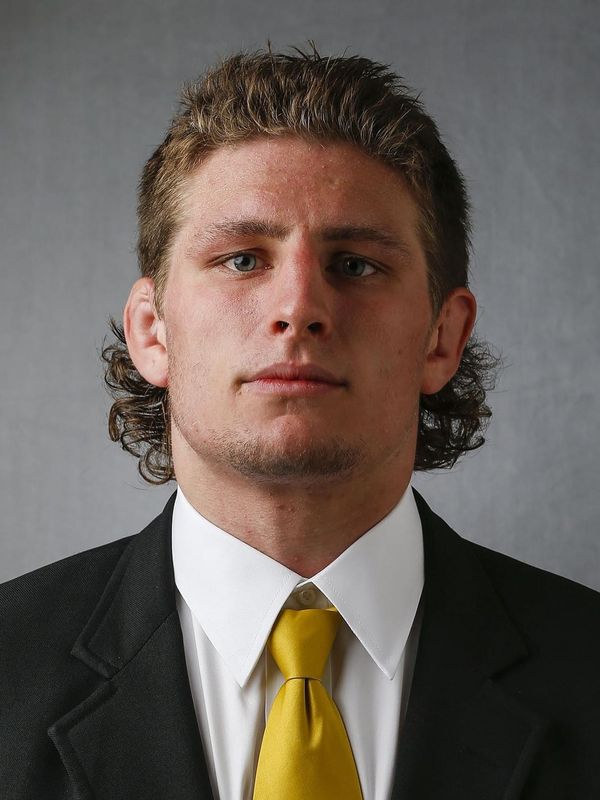 2015-16 — Big Ten champion at 184 pounds… placed eighth at NCAA Championships to earn All-America honor… placed fourth at Midlands Championships… recorded a technical fall at the Grapple on the Gridiron, accounting for Iowa’s two-point differential in a 18-16 win… named Big Ten and USA Wrestling Athlete of the Week on Nov. 16… posted a 27-6 overall record, including a 15-2 record and 8-1 Big Ten mark… had a career-high four technical falls, and matched his career best with seven pins… scored 76 dual points, second on the team… reached as high as No. 5 in the national polls……. letterwinner.

2014-15 — placed third at the Big Ten tournament to earn an automatic berth to his first NCAA Championships… recorded a career-high 29 wins and reached as high as No. 7 in the national polls… placed third at the Midlands Championships and first at the Luther Open… owned a 14-3 dual record, including an 8-1 mark in Big Ten duals, an 8-2 mark at Carver-Hawkeye Arena, and an 11-6 record against ranked opponents… ranked third on the team with seven pins, third with 8 major decisions, and fourth with three technical falls… letterwinner.