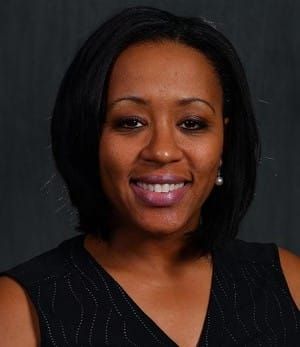 Trena Prater just completed her fourth year as Iowa’s primary hitting coach. Prater was announced as assistant softball coach on July 3, 2018, she was promoted to associate head coach on July 1, 2021.

Loecker was named second team All-Big Ten. Loecker and Brylee Klosterman were both named to the All-Freshman team.

The Hawkeyes played seven extra-inning games won five of the seven, and the Hawkeyes scored 31 runs in the seventh inning or later.

2020
Prater’s impact as hitting coach was felt immediately in 2020. Despite the season being cancelled after 22 games due to Covid-19, Iowa was ranked third in the Big Ten in batting (.283) and had a player leading the conference in batting average.

Freshman Nia Carter led the conference with a .509 batting average and was 11th nationally. Carter earned Big Ten Player and Freshman of the Week following her performance at the Hawaii Invitational where she hit .744 with four RBIs in five games.

Freshman Kalena Burns accounted for half of Iowa’s homeruns with five. She was tied for fifth in the conference in that category and was fourth in hits (29).

Prater joined the Hawkeyes after working under coach Gillispie during the 2018 season at UCF, helping the team to a 34-22 record and a third place finish in the American Conference. Under her tutelage, UCF compiled 29 home runs and run-ruling four teams.

Prior to UCF, Prater spent four years as head coach at The University of Buffalo where she claimed the MAC East Division title in 2014. She also headed the Pirates at Hampton University, where she assumed 2013 MEAC regular season division title, tournament title and, made an appearance in the Gainesville, Florida, NCAA Regional Tournament.

In college, Prater, formally known as Peel, played at LSU and was a 2002 Easton first-team All-American, 2002 NFCA second team All-American, and 2002 SEC Softball Player of the Year. She is a three time All-SEC honoree and set the school record with 27 triples, which ranks in the top 20 in NCAA history.

Prater is married to her husband, Joe Prater. They have one child, Deuce.