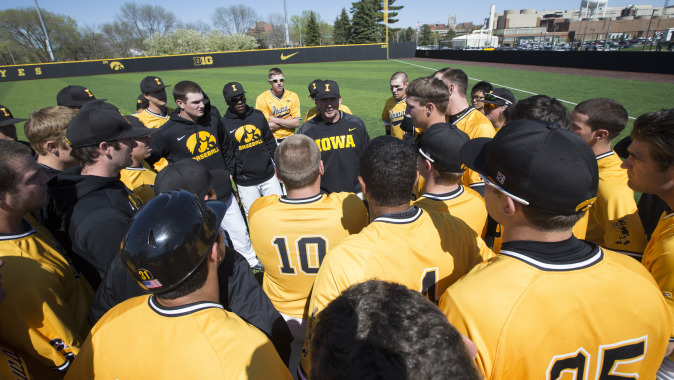 IOWA CITY, Iowa — The University of Iowa baseball team has been picked to finish fourth in the Big Ten Conference preseason poll in a vote of the league’s 13 head coaches, it was announced Wednesday by the conference office.

Michigan was voted as the preseason favorite, followed by Maryland, Indiana, Iowa, Illinois, and Michigan State. Only the top six teams were released.

The Hawkeyes open the 2016 season in the Lone Star State, squaring off against Dallas Baptist from Feb. 19-21 in Dallas.