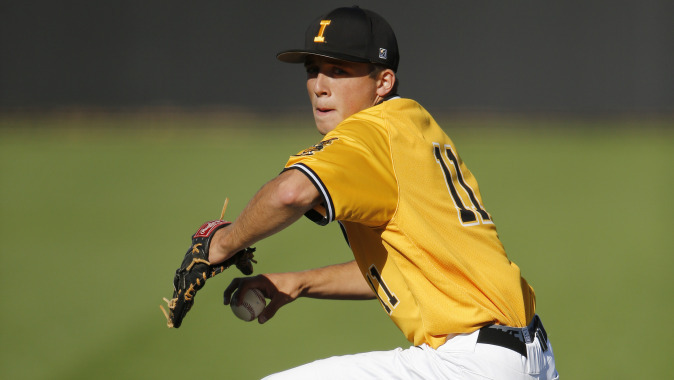 Iowa will start freshman right-handed pitcher Cole McDonald (0-1, 9.00). The New Hampton, Iowa, native was tagged with the loss in his only appearance at Dallas Baptist on Feb. 21, despite not allowing a hit. He walked and hit a batter in one inning of relief.

The Red Raiders will counter with sophomore Raphael DeHoyos (1-1, 3.00 ERA). The right-hander has allowed four runs on seven hits over 12 innings in two starts. He has 11 strikeouts, but has walked eight. DeHoyos threw a seven inning shutout Feb. 19 against College of the Ozarks, giving up two hits, striking out three, and issuing three walks.

Northwestern College is hitting .342 as a team and is averaging 6.1 runs per contest. Zach Cortese leads the Red Raiders with a .556 average with 15 hits, 10 runs, and three doubles. Six players are hitting .300 or above.

The Hawkeyes have gotten off to a cool start offensively, hitting just .238 as a team. Seniors Nick Roscetti and Joel Booker have a team-best .333 average, and Roscetti paces the squad in hits (13), runs (seven), and RBIs (6). Booker has a team-best five doubles and four steals.

Tuesday’s game can be heard on 800-AM KXIC. Brent Balbinot and Zach Mackey will be on the call. The game can also be seen live on Hawkeye All-Access on hawkeyesports.com.

Following Tuesday’s midweek contest, Iowa will travel to Emerson, Georgia, for four games at the Spring Swing at LakePointe.