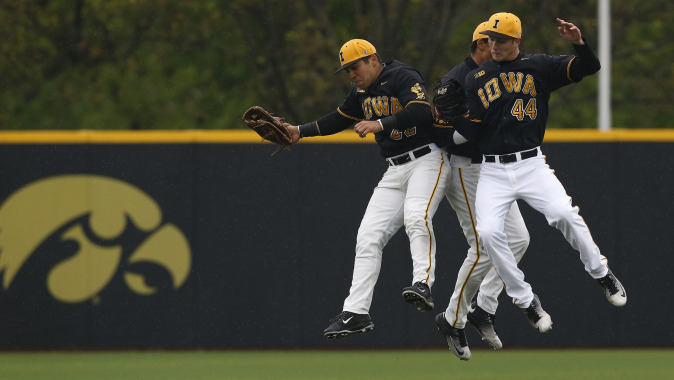 Iowa will send freshman right-handed pitcher Cole McDonald to the hill for his seventh start. The New Hampton, Iowa, native is second on the team with four wins, going 4-1 with a 1.86 ERA. He has allowed four runs in 19 1/3 innings and has 21 strikeouts to four walks.

McDonald went a career-long five innings, scattering four hits and fanning five in a win over Grand View on April 26. He is 4-0 with a 1.65 ERA in six starts this season.

Western Illinois will counter with sophomore Ricky Digrugilliers, who will be making his first start of the season. The right-handed pitcher is 1-0 with a 5.06 ERA in 11 appearances, allowing 10 runs (nine earned) on 20 hits over 16 innings. He has 14 strikeouts against three walks.

The Leathernecks are hitting .238 as a team and average 4.2 runs per game. Outfielder Roman Visintine is the only Western Illinois regular hitting above .300; he sits at .375 with 21 runs and eight RBIs. Chris Tschida is hitting .294 with a team-high 25 RBIs and 20 runs scored.

Iowa is looking to ignite its offense after being held in check during its last four games. The Hawkeyes are 2-2 during the stretch, but is averaging just 2.3 runs and hitting .219 as a team. Senior Tyler Peyton has accounted for 1/4 of the hits, posting a .538 average (7-of-13).

The Hawkeyes are 7-0 in midweek games this season — all at Banks Field. Iowa is hitting .320 as a team and average 12.9 runs per game. Five regulars are hitting better than .300 and the pitching staff has a 2.36 ERA with two shutouts. Iowa pitchers have 65 strikeouts in 61 innings and opponents are hitting .235.

Iowa leads the all-time series over Western Illinois, 71-27-2. The two teams split a pair of contests last season with both teams winning on its home field. The Leathernecks run-ruled Iowa, 16-5, in Macomb and the Hawkeyes won 7-5 in Iowa City.

Tuesday’s game will be video streamed live on BTN Plus and a radio broadcast will be available on Hawkeye All-Access with Brent Balbinot on the call.