“We’re excited to have Ashley. She’s not just an Iowan, but she is a young lady who grew up a Hawkeye,” said Looper. “There are a lot of Hawkeyes in this state, but sometimes when they just ooze Black and Gold, they have a different sense of pride about representing it and that’s exactly what Ashley has and brings. With that comes skill. As a left-handed hitter, she’s got an opportunity to play multiple aspects of the offensive game. She can slap, she can hit away, she can bunt. She’s a great kid, she’s a local kid and she is a true Hawkeye through and through and you love having those student-athletes represent your program, bleeding that Black and Gold.”

As a freshman, Hamilton amassed an impressive .472 batting average with 28 RBIs, one home run and four stolen bases. Additionally, Hamilton broke the Kennedy record with 11 triples throughout the season. She helped guide her team to an impressive 27-14 record. For her performance, the Iowa native earned second team all-metro, first team All-Missouri Valley Conference (MVC) and second team all-state class 5A.

Sophomore year, Hamilton continued her hot hitting streak with 56 hits in 129 at-bats for a .434 batting average. Hamilton tallied 36 runs, 28 RBIs, seven stolen bases and two home runs as she led Kennedy to a 28-13 record. For her efforts, Hamilton was named first team all-metro and second team All-MVC. In addition, Hamilton was a second team all-state selection for the second consecutive year.

After an impressive first two years at Kennedy, Hamilton led her team to a 37-5 record and a first place finish in the MVC. In 40 games played, she has amassed 57 hits, a .438 batting average and a .631 slugging percentage. As a junior, Hamilton scored 46 runs and collected 43 RBIs. Hamilton also showed her speed with 19 stolen bases.

In addition to her time at Kennedy, Hamilton competed for Iowa Premier Fastpitch under Greg Dickie for four years. In 2016, Hamilton’s IPF team became national champions in the 18U Platinum Division in Huntington Beach, Calif. In 2015, Hamilton led her team to a fourth-place finish in the 16U Platinum Division at the national championship in Huntington Beach, Calif.

Hamilton excelled off the field as well. She earned the Academic Athlete Award at Kennedy in both 2014 and 2016. Additionally, Hamilton was inducted into the National Honors Society and was a member of both the National Council of Youth Leadership and the student government. 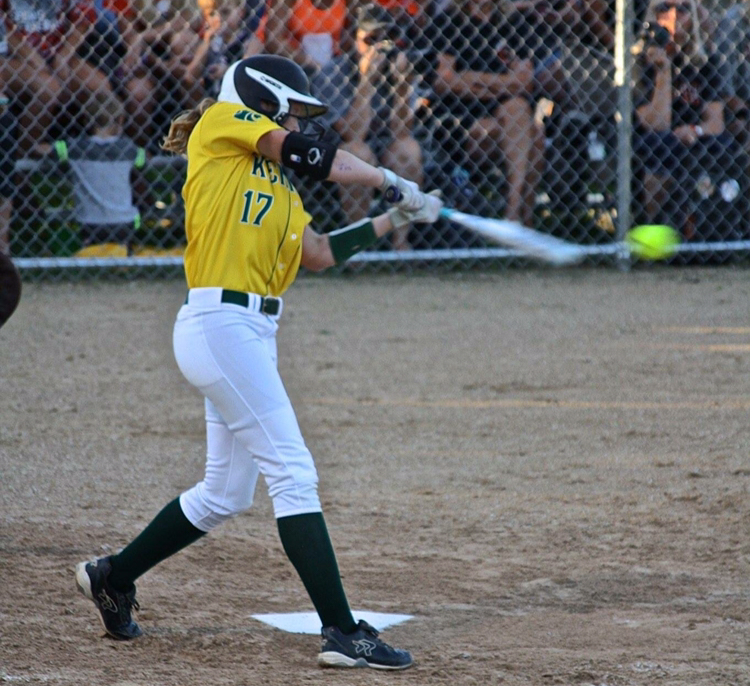 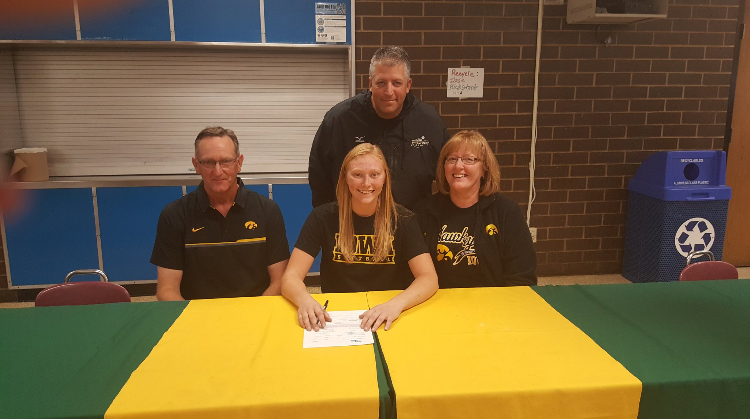 Shaw is a 5-11 left-handed pitcher from LaGrange, Ohio. She played for Keystone High School under Jim Piazza for the past three seasons where she has amassed a 53-13 overall record with 29 career shutouts and three no-hitters. Through her junior year, Shaw has four perfect games which ranks third in the Keystone record books. Shaw has thrown 467 strike outs and has a 1.01 career earned run average. As a batter, she racked up 50 hits with three home runs for a .360 batting average.

“Lauren comes to us from Ohio and is a power left-handed pitcher,” said Looper. “It’s exciting to finally have a leftie that can come in and help dominate the pitching circle here at Iowa. It’s exciting to add that depth to what we already have in the pitching circle. She can swing a pretty good bat. She can play first base and other positions, too, but we are anxious to see her in the circle and to see her continue to develop as a left-handed pitcher and give us a different look that we haven’t had.”

“I chose the University of Iowa because it reminds me of my hometown of LaGrange,” said Shaw. “Iowa has a very welcoming atmosphere, and I cannot wait to be welcomed into the Hawkeye Family. Iowa is the perfect home for me over the next four years, and today is the first real step towards my future. Go Hawks!”

As a freshman, Shaw tallied 119 strikeouts and nine shutouts to earn a 15-4 record and guide her team to a first-place finish in the Patriot Athletic Conference.  In 461 batters faced, Shaw allowed just 73 hits and 19 earned runs for a .167 opponent batting average. Following her play, Shaw was named all-conference and all-district, as well as the team’s Rookie of the Year.

Shaw had another great season as a sophomore with 146 strikeouts, nine shutouts and the first perfect game of her high school career. In 654 batters faced, she allowed just 116 hits and 26 earned runs. Shaw guided her team to a 20-6 record, a second consecutive conference title and a state final four appearance to earn all-state, all-region, all-county, all-district and all-conference selections. Shaw was also selected as the cleveland.com Pitcher of the Year and the All-Lorain County Pitcher of the Year.

Shaw caught fire as a junior with 202 strikeouts, 13 shutouts and three perfect games. Through 538 batters faced, she allowed just 77 hits, 15 earned runs and one home run for a .148 opponent batting average. With a 23-3 record, Shaw guided the team to a first-place conference and a state runner-up finish.

Shaw has played travel softball since she was seven years old. Last summer, she played on the Ohio Lasers’ Blue and led the team to a second-place finish in the ASA Class A nationals in Bloomington, Ind.

In addition to softball, Shaw has been a High Honor Roll student every year of high school and is a member of the National Honor Society. As a senior, she is participating in the Academic Challenge, a high school quiz program throughout Ohio. Shaw is also a student representative for the community’s wellness committee. 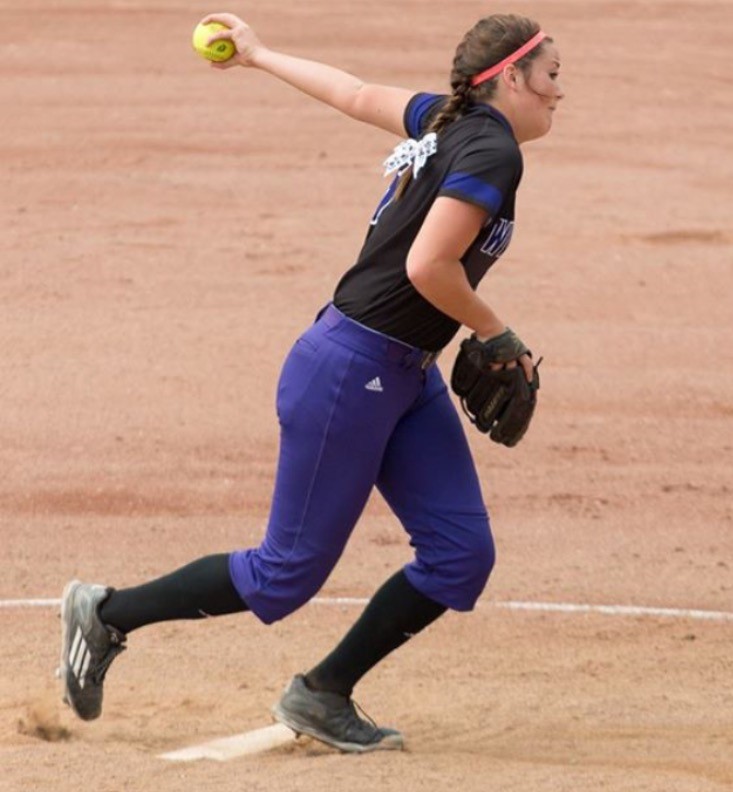 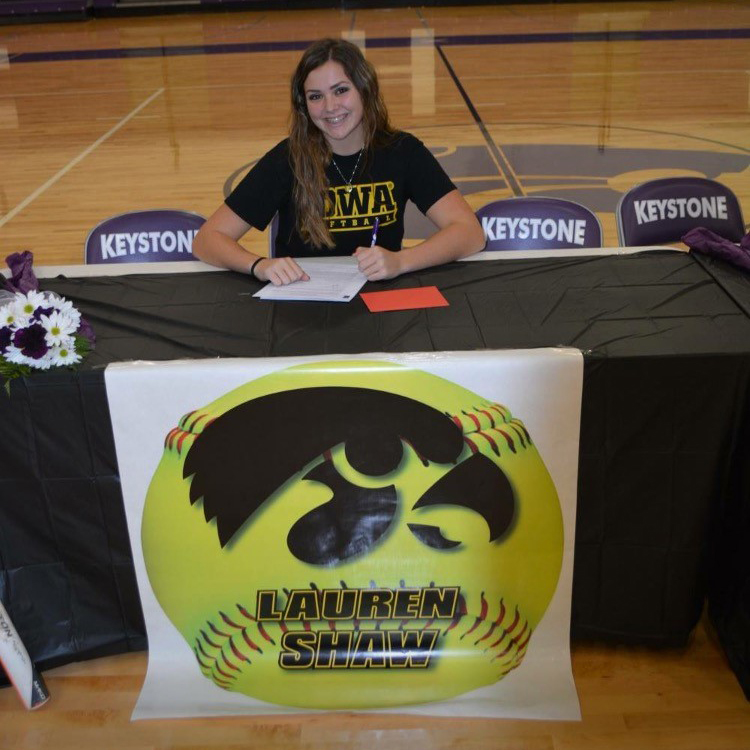 Bogar is a 5-6 middle infielder from Trophy Club, Texas. She has played under Kathy Schoettle at Byron Nelson High School for two years. Bogar played for North Andover High School in North Andover, Mass. as a freshman prior to moving to Texas.

“Aralee brings us a lot of versatility,” said Looper. “She’s a left-handed slapper with great speed. She’s a middle infielder and an outfielder. She’s just an all-around package. She’s a great kid. I’m looking forward to watching her develop and grow. With some work in a Division I strength program, she can really become a dominant player for us and help us up the middle and in the outfield.”

“Iowa felt like home the second I stepped on campus,” said Bogar. “I love the sense of family among the coaches and players, and I can’t wait to be a part of this special program.”

As a sophomore at Byron Nelson, Bogar racked up 33 hits for a .384 batting average. She also racked up 29 runs, 22 stolen bases, 11 RBIs and a home run to earn first team all-district (5-6A) honors. Bogar excelled off the field that year as well. She was academic all-district and was chosen as a 2015-16 Easton/NFCA High School Scholar-Athlete. In addition, Bogar was selected for the Lord Byron Character Award.

Bogar also had a stellar junior year with 45 hits for a .450 hitting percentage, 16 RBIs and a home run. Bogar showed her speed with a program-best 33 stolen bases throughout the season. After she guided Byron Nelson to a fourth-place conference finish, Bogar was selected as the team MVP. 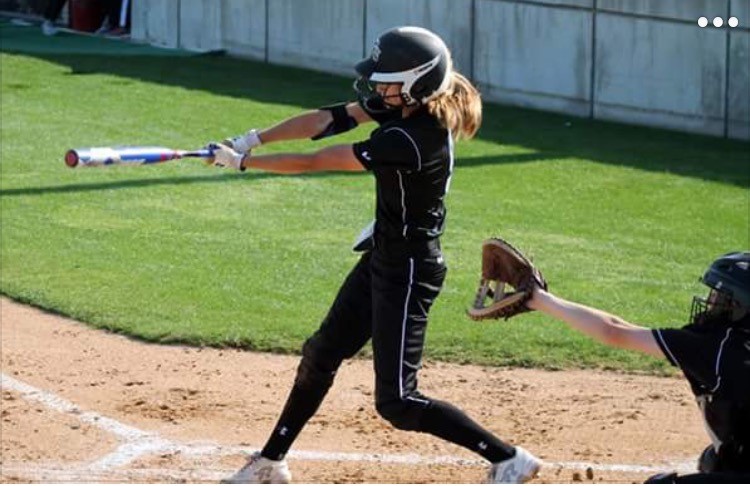 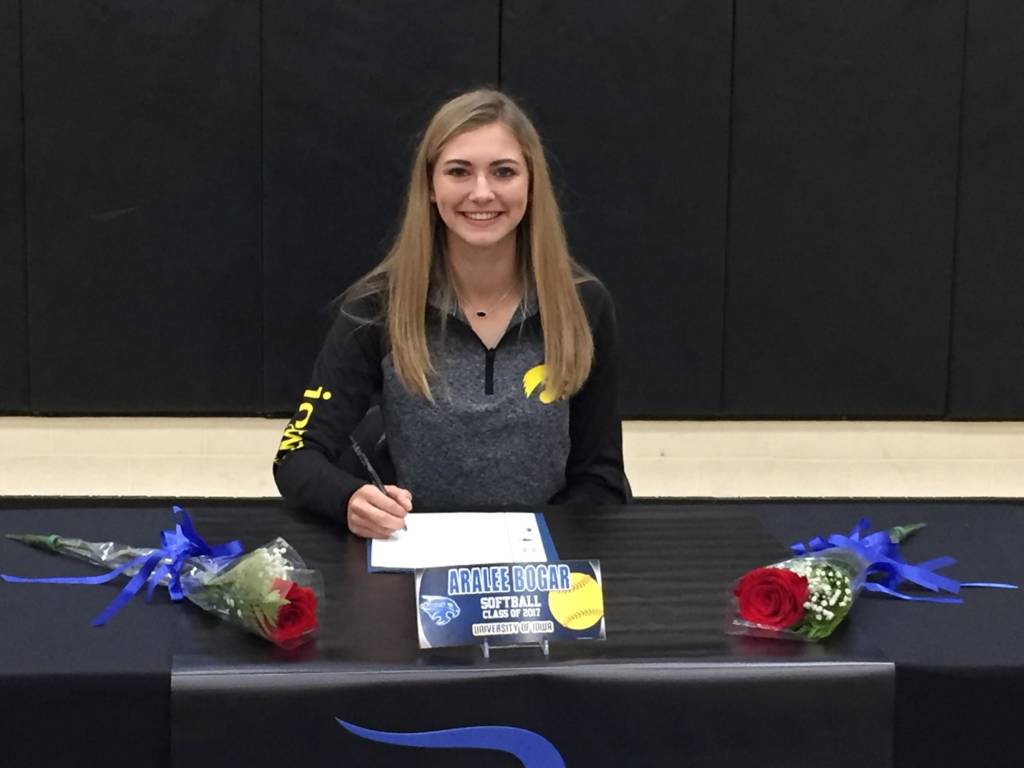