Seniors Put in Work in 2-1 Win Over Ohio State

Iowa outshot Ohio State, 9-3, with four of the nine shots taken in the first period. The Hawkeyes scored their two goals in the first period, including senior Nikki Freeman scoring her first goal of the season in the eighth minute of play. The goal was assisted by junior Anthe Nijziel and senior Ellie Holley.

With only one minute left in the first quarter, senior Maddy Murphy also scored her first goal of the season with an assist from Ellie Holley. Iowa held a 2-0 advantage through the first three periods.

Ohio State took two of its three shots in the second period, but Grace McGuire saved both. The third quarter was uneventful with Iowa having only one shot on goal.

Iowa held the Buckeyes scoreless until minute 50, when Mackenzie Allessie scored off a pass from Nikki Trzaska.

The Hawkeyes remain in Columbus, Ohio, to face the Buckeyes on Sunday, March 21, at 11 A.M. (CT) at Buckeye Varsity Field. Live stats and streaming links are available via the Iowa Field Hockey schedule page on hawkeyesports.com. 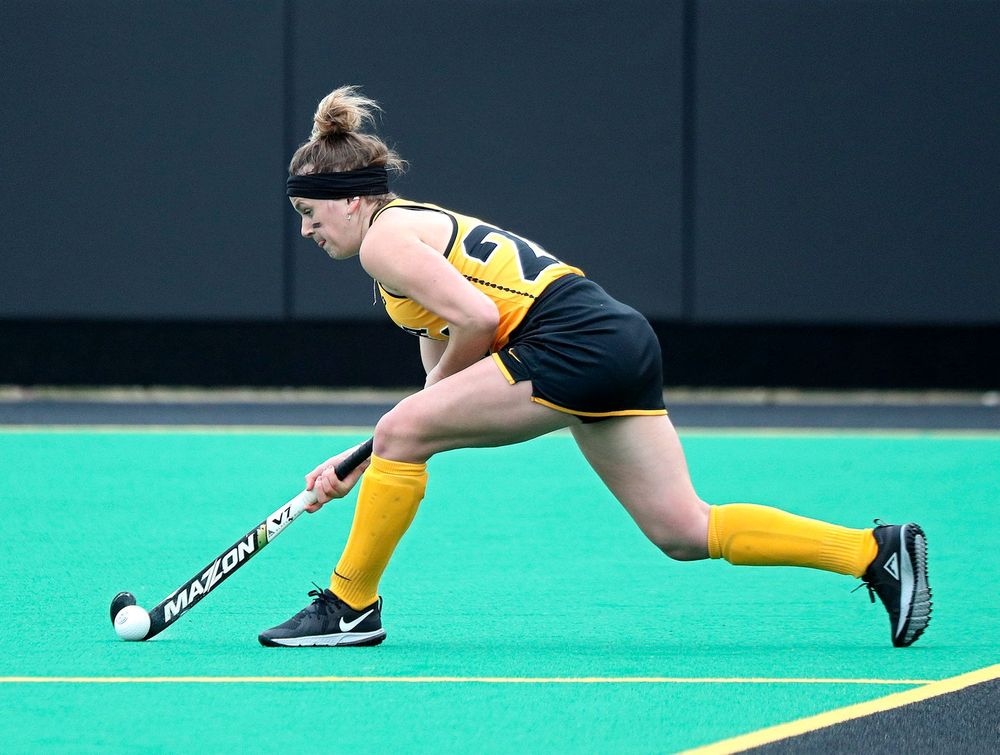