IOWA CITY, Iowa — The road from embarrassing to unbeatable started innocently for the University of Iowa women’s soccer team. One of the most unlikely success stories began with a single goal at Maryland, seven minutes into overtime.

It was just the second time the Hawkeyes found the net in their first eight matches, but it was a game-winner coming off the foot of sophomore Gianna Gourley.

“If we don’t beat Maryland, it is probably our season,” Iowa head coach Dave DiIanni admitted. “But we do (defeat Maryland, 1-0) and we do it in a fashion where we dominated them, we still can’t score, but we get an overtime goal right away and that spring-boarded us.”

With the victory, the Hawkeyes improved to 1-6-1 and no one could imagine at the time, but Iowa was transforming into the best team in the always deep Big Ten Conference. The regular season concluded with a 1-0 loss against No. 9 Penn State, a second 1-0 win on Senior Day against Purdue and a 1-0 loss at Nebraska. That sent the Hawkeyes into Big Ten Regional Weekend with a record of 2-8-1 — and a total of three goals scored in the entire regular season.

A 1-2 record isn’t an ideal way to head into a single-elimination extravaganza, but the Hawkeyes grew better as the season grew longer. They saw incremental improvement and they were asking to be pushed.

“We had a little bit of a personality,” DiIanni said. “(Early in the season), we didn’t have really anything we were good at. In their words, we were embarrassing. We did not put the energy and effort into winning at this level.” 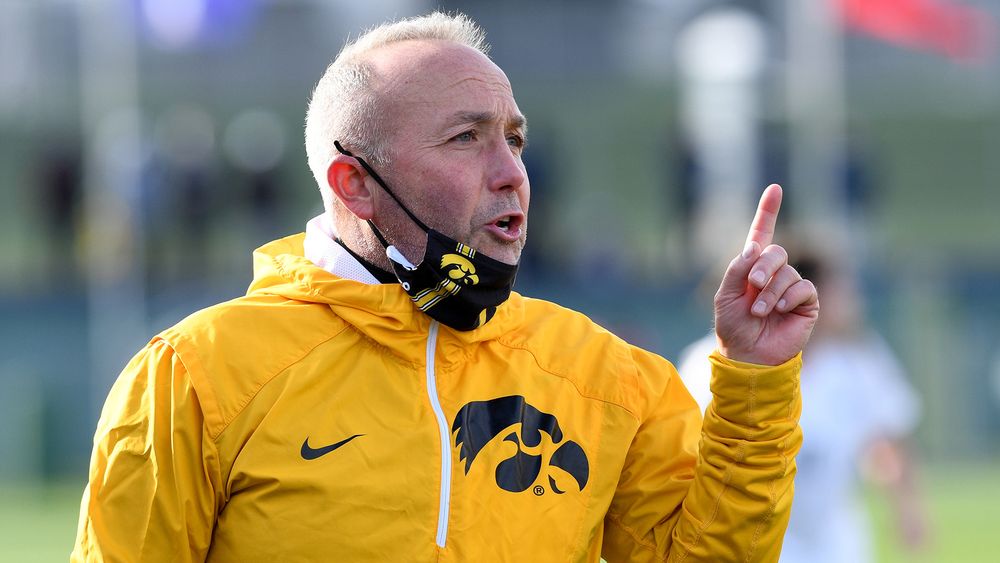 “We had a little bit of a personality. (Early in the season), we didn’t have really anything we were good at. In their words, we were embarrassing. We did not put the energy and effort into winning at this level.”

But the Hawkeyes remained invested even as their loss total increased and DiIanni asked them to give more and more.

“The coaches kept harping on us to trust the process,” said junior Hailey Rydberg, who was named to the Big Ten All-Tournament team. “Good things will come if you keep investing.”

Iowa opened the postseason with a 2-1 win in overtime at Illinois with freshman Meike Ingles scoring the game-winner in the 93rd minute. Then came a 2-0 win against Minnesota.

“We always believed in ourselves, but to see it actually happen is a lot crazier and mind-blowing,” said junior Sara Wheaton. “It can be so inspirational for so many people.”

The Hawkeyes remained motivated and proficient when the now four-team tournament relocated to Penn State. In a semifinal against the top-seeded and host Nittany Lions, a goal by Ingles in the 48th minute held, despite Iowa playing the final 30 minutes down a defender. The Hawkeyes completed their Cinderella sweep three days later with a 1-0 win against Wisconsin. Junior Jenny Cape scored the game-winner in the 64th minute.

By the time a Gatorade shower immersed DiIanni, Iowa had won its fourth game in a row, improved to 6-8-1, and for the first time in program history, won the Big Ten Tournament. It was an unlikely run for sure.

“This group created history and cemented its legacy,” DiIanni said. 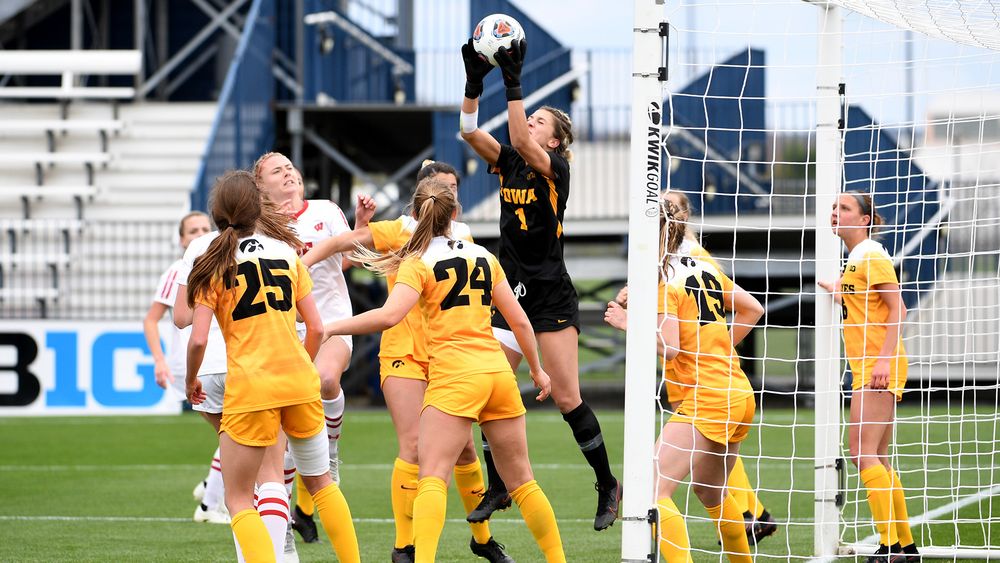 The Hawkeyes entered the unique 2021 spring season with tempered expectations. They lost 14 seniors from the 2019 season when Iowa was 15-5-1. Then there was the coronavirus pandemic. And no nonconference matches were played, that would have allowed a young and thin roster to gain experience. The recipe for the late-season surge was keeping a nucleus healthy enough to play 85-90 minutes per outing, defending with purpose and timely goal-scoring.

“This group is pretty process-driven and that is who I am as a coach,” DiIanni said. “Buy in, input-output. If you don’t have the results early on, it can be hard to stay bought in.”

But these Hawkeyes bought in with passion and their postseason marvel made history.

“It shows that belief in yourself and hard work takes you a long way,” Wheaton said. “I hope people can look at it and create hope for themselves and create upsets as big as ours someday.”

That two-win team vanished quickly into the rearview for one that advanced to the NCAA Tournament for a second straight season. It was a struggle. It took an entire team effort. But it was oh, so rewarding.

Ingles scored three goals with an assist and was named the tournament’s Most Outstanding Offensive Player. Freshman Macy Enneking, who made 24 saves and had three shutouts, was named the tournament’s Most Outstanding Defensive Player. Ingles, Enneking, Rydberg and junior Samantha Tawharu were named to the Big Ten All-Tournament team.

“We proved not only to ourselves, but to a lot of people across the country that we are a talented and hard-working team,” Wheaton said.

And a collection of believers that has nothing to be embarrassed about.