CHAPEL HILL, N.C. — The current flight path of the University of Iowa field hockey program seems like a natural progression, but it is a trip fueled by hard work, momentum and maturity.

Iowa was one of 16 teams advancing to the NCAA Tournament in 2018, improving to the Elite Eight in 2019. In the pandemic-adjusted 2021 spring season, the Hawkeyes opened postseason play with a 3-1 win over Northwestern, assuring them a spot in their 12th Final Four in program history.

“We have been building for this moment the last couple years with this team,” said Iowa head coach Lisa Cellucci, who was named Big Ten Co-Coach of the Year with Meredith Civico of Rutgers. “This team is excited that we are at this point.” 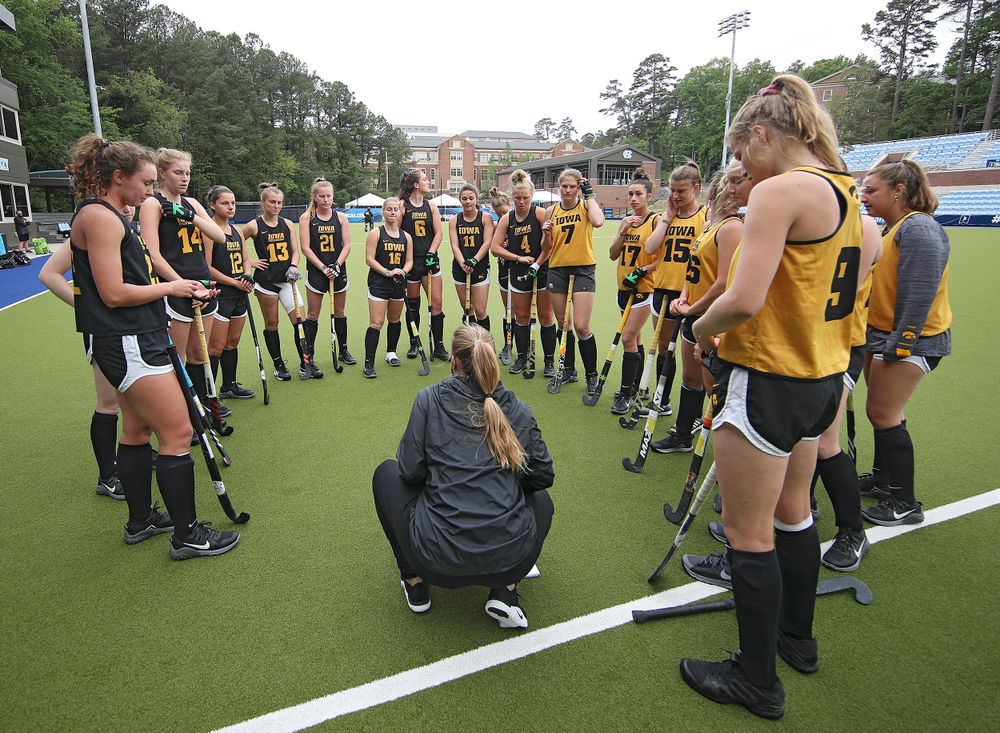 “I am super impressed with them. We feel all the pressure is on North Carolina as the No. 1 team in the country. The Hawks are here to play hard.”

“I am super impressed with them,” she said. “We feel all the pressure is on North Carolina as the No. 1 team in the country. The Hawks are here to play hard.”

On its way to the Final Four for the first time since 2008, Iowa had to overcome a turbulent month of April when the Hawkeyes went 2-4. Cellucci said the reason they left their “A” game behind in April had to do with the uncertainty of a spring schedule. Would they be allowed to play? How long would the season last?

“We probably started training a little too hard, too long, too early in January,” Cellucci said. “We hit a point of fatigue and we were a little tired. The team has rebounded from those four losses. We have been on the revenge tour now so it has worked well.” 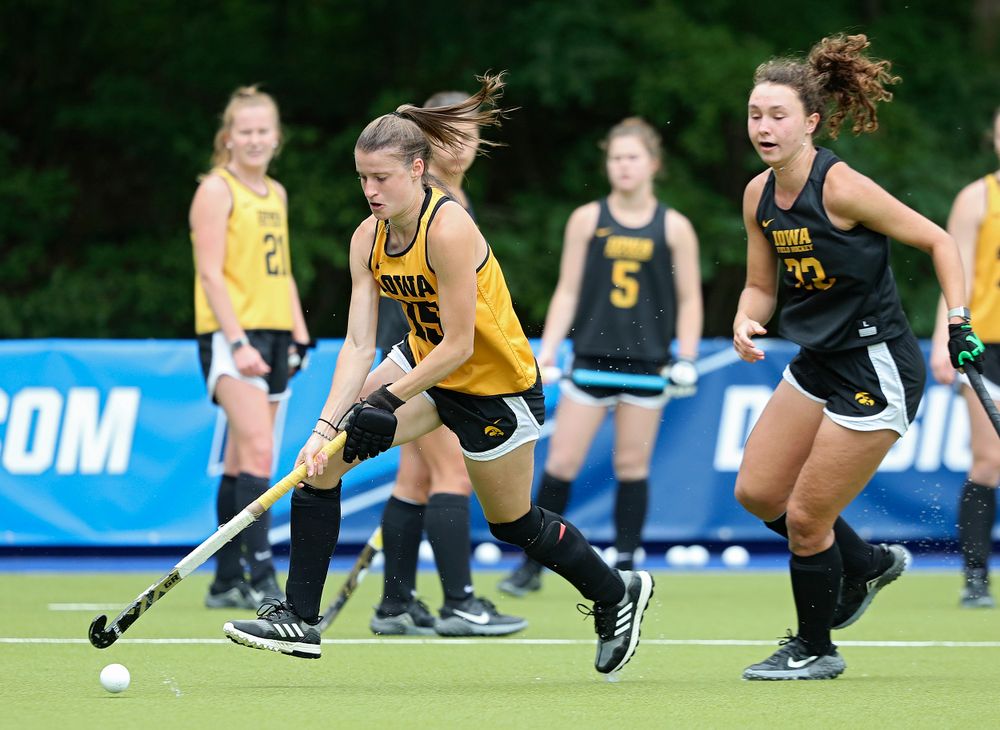 “When we play Iowa field hockey, no one can stop us,” Nijziel said. “We had tough games in the middle of the season but we also knew that wasn’t our best hockey. In the last Northwestern game, everyone was working so hard for each other, trusting each other in the process and what we had been working on.”

Maddy Murphy, a second-team All-Big Ten selection who leads the Hawkeyes with seven goals and 15 points, says this Iowa team deserves its spot in the NCAA bracket because of hard work and preparation.

“We know the playbook in and out,” said Murphy, a senior forward. “Every member of our team wants to be on the field together. We love to take every opportunity that we can. The idea of finishing (the season) too soon or early is not an option for us. We want to go all the way.”