The 2021-22 academic year is the 15-year anniversary of the University of Iowa field hockey team’s 2006 Big Ten Tournament title and Sweet 16 appearance. Heather Schnepf, a two-time All-American and the 2006 Big Ten Defensive Player of the Year, shared her thoughts on the team and what made it so special.

How do you describe the run that the team got on to win the 2006 Big Ten Tournament title? You finished the regular season at 9-9 before getting hot to post three straight wins over Michigan, Ohio State and Penn State?

“The run was magical in a lot of ways. As a group, at least as I remember it, we never really talked about having to win. We just went out and performed. A lot of that has to do with the group of women that were on the team. We all were there for the same reasons, we were a unified front. We believed in what the jersey stood for. We also had a staff that never stopped pushing us or believing in us. They constantly challenged us to be better. Some would say ‘We peaked at the right time’ and there is something to be said for that. But for me, it was the process, not just a point in time that made hoisting the trophy possible.” 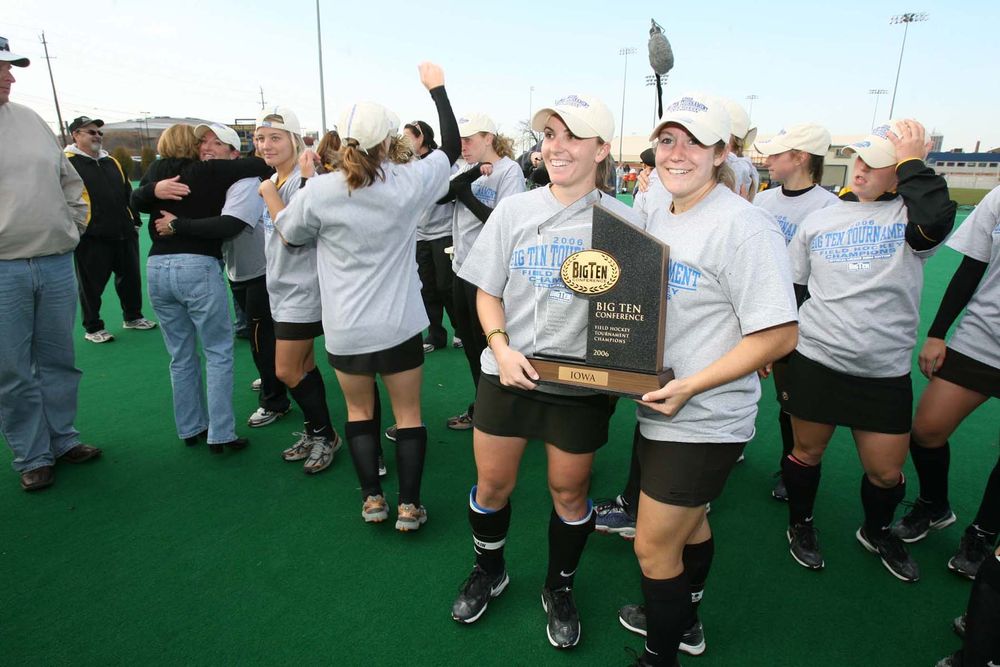 What was the catalyst behind that run?
“Maybe losing in the Big Ten Tournament on Grant Field the year before put some extra fuel to the fire.  I am not sure if I should admit the following, but it is fun to think about. During High Performance the summer before the season, there was a training session that was hosted by the University of Michigan. We all saw that Big Ten trophy and it got to the group of Hawks that were there training. We might have taken some pictures with it and those pictures were put under everyone’s door before our first game.

“Seriously though, I think we all just did not want it to end. We were having way too much fun.”

"I go back to the group of women on the team. We might not have all been best friends, but we all respected each other. If we looked to our right/left, we knew why we put on the jersey. As a whole, we wanted to represent what Iowa was all about."

What made that team so special? It was a team that tallied the first BTT title for the program in 12 years.
“I go back to the group of women on the team. We might not have all been best friends, but we all respected each other. If we looked to our right/left, we knew why we put on the jersey. As a whole, we wanted to represent what Iowa was all about.”

What are some of your best memories about the 2006 team?
Where to begin… it was all the pranks. I have such fond memories of being pranked and then pranking. Hockey-wise, the tournament really stands out. The drama of our Ohio State game, winning three games and taking down the No. 1 seed.  Lastly, the NCAA Tournament. We lost, it was devastating sitting in that tent crying and who can forget the hotel stays and bus trips!”