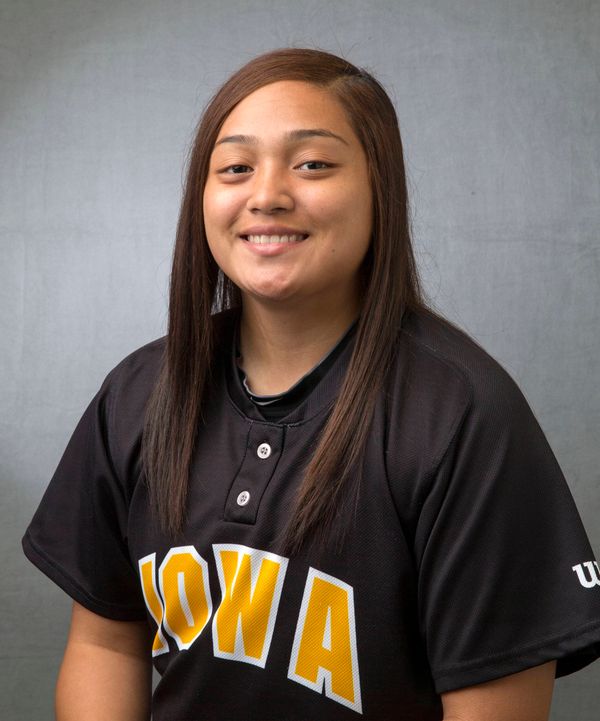 2015 as a Sophomore… Appeared in 39 games with 21 starts… started at four positions for the Hawkeyes in 2015: 11 at second base, five games at third base, two games at first base and three as the designated player… recorded an RBI single against Missouri State… delivered a walk-off RBI double in her first at bat against LIU Brooklyn… went 2-for-3 with two singles in Iowa’s 2-0 win over Florida A&M… matched career high in hits (2) in Iowa’s 12-11 win over Cal State Fullerton… equaled her career high in hits (2) again at Oklahoma with a 2-for-3 performance at the plate… it is her third multiple hit game of the season… went 2-for-3 with an RBI against Maryland on March 20, matching a career-high with one run scored… matched career highs in runs scored (1), hits (2), and doubles (1) against Nebraska on March 25… went 1-for-3 with an RBI, a walk and a run scored against Western Illinois on April 2… recorded her first career home run in Iowa’s 3-2 win over Wisconsin on April 12… went 2-for-6 with a home run, single and a walk… tied her career high with two hits… recorded a pinch hit single against Northwestern on May 2… letterwinner.

2014 as a Freshman… Started 39 contests as a freshman as an outfielder, first baseman and third baseman and appeared in 43 games… led the team with nine sacrifice hits, ranked sixth in the Big Ten in sacrifice bunts and ranked 56th nationally in sacrifice hits per game (0.21)… opened the season with a four-game hitting streak… picked up her first career RBI against UAB on Feb. 15… recorded her first multiple hit game against Drake on Feb. 16… recorded a career-high two RBIs, matched her career-high with two hits and hit her first career triple against Missouri on April 16… letterwinner.