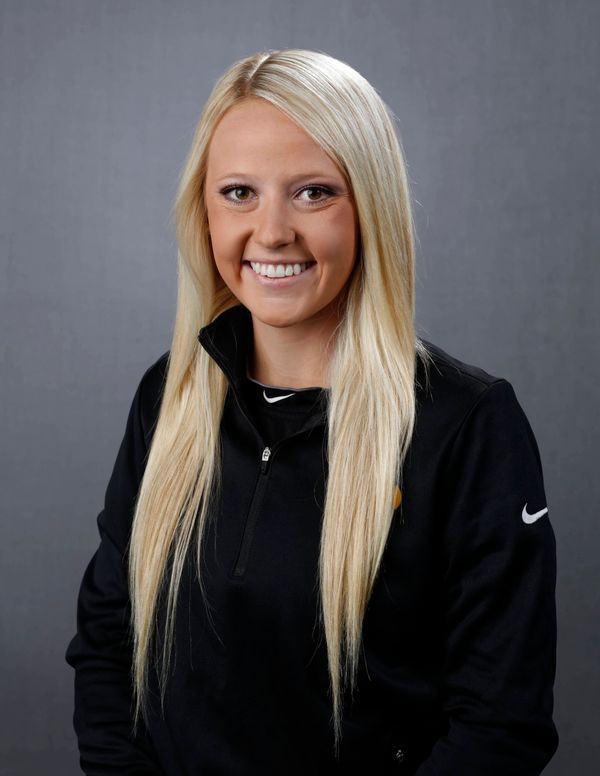 2016 as a junior… Appeared in 52 games and started 51… started primarily at second base… tallied 41 hits and 28 runs in 161 at-bats… collected five doubles and 10 RBI… defensively, amassed 119 putouts and 107 assists… racked up 18 hits with two doubles and three RBI during league play… chipped in 10 runs in Big Ten action… had 51 putouts and 51 assists in conference play… has registered at least one hit in four of five games this season… singled, stole a career-high 2 bases, and scored a run against TAMUCC on Feb. 12… registered an RBI single and a sacrifice bunt against Louisville on Feb. 13… went 2-for-3 with a walk, two singles, and a career-high three RBIs against Sam Houston State on Feb. 13… went 2-for-4 with a pair of singles, an RBI, and a run scored in Iowa’s win over IUPUI on Feb. 19… reached base on an infield single against Loyola-Chicago on Feb. 20… hit .400 as Iowa’s leadoff hitter in five games at the Coastal Carolina Invitational from Feb. 26-28… registered a single, walk, and scored two runs against Georgia Southern on Feb. 26… went 2-for-3 with two singles, a walk, and two runs scored in game two against Georgia Southern on Feb. 26… went 2-for-3 with a double, single, two walks, and a run scored against Coastal Carolina on Feb. 27…  singled and scored a run against Georgia Southern on Feb. 27… walked and scored a run verses Coastal Carolina on Feb. 28… went 2-for-3 with a pair of singles against Tulsa on March 5… reached base three times on a double, HBP, and an error in Iowa’s 4-3 walk-off win over Lamar on March 5… singled and scored a run against Tulsa on March 6…. walked twice and scored two runs in Iowa’s win over Lamar on March 6… hit .308 in four games at the Tulsa Tournament… reached on a fielder’s choice, scored a run, and put down a sacrifice bunt against Texas on March 17… singled, stole a base, and scored a run against Indiana on March 25… registered a hit in all three contests against Purdue from April 1-3, scored two runs in back-to-back contests on April 1-2… singled against Nebraska on April 6… registered a single, RBI double, and scored a run in game one against Northwestern on April 9… singled, reached on an error, and scored a run in Iowa’s 6-3 victory over UNI on April 12… went 2-for-4 with a double single, walk, two runs scored, and an RBI in Iowa’s walk-off victory over Drake on April 13… hit .500 in three games against the Badgers from April 15-17… registered back-to-back multiple-hit games on April 16-17… led the team with a .625 clip in three games against Penn State from April 22-24, hit five singles and walked twice during the three-game set…. went 1-for-3 with a single against Illinois on April 29.

2015 as a sophomore… Played in 55 games with 48 starts… made 46 starts at second base and five as the team’s designated player… went 2-2 with two hits in Iowa’s 9-3 loss to Hofstra … tied a career-high in runs scored (2) in Iowa’s 9-2 loss to Hofstra… scored two runs in Iowa’s 6-5 loss to NC State… saw action in 2-0 win over Southern Utah… hit a double in Iowa’s 6-0 win over Wisconsin-Green Bay… hit a pinch-hit double and scored a run in Iowa’s 3-2 win over No. 17 UCF… recorded the eighth stolen base of her career against Princeton… notched a career high four hits in Iowa’s 12-11 victory over Cal State Fullerton… drove a run for Iowa in its 7-6 win over Tulsa… went 3-for-5 with an RBI and a career-high three runs scored against Maryland on March 20… was 1-for-4 at the plate against Maryland on March 21… went 1-for-4 against Nebraska on March 25… hit 1-for-3 with two runs scored, a walk, and a stolen base in game two of the Michigan series… went 1-for-4 with a run scored in Iowa’s 6-4 win over Michigan in game three of the series… put together a multiple hit performance (2-for-4) at Drake on April 1… stretched her hitting streak to four games with a 1-for-5 performance against Western Illinois on April 2 with a run scored and a stolen base… went 1-for-3 with a single against Illinois on April 4… was 2-for-3 with a career-high three runs scored against Wisconsin on April 10… walked and scored a run against Wisconsin on April 11… went 3-for-6 at the dish in Iowa’s 3-2 10-inning victory over Wisconsin on April 12… walked and scored a run against Iowa State on April 15…. walked twice and scored a run against Purdue on April 18… went 1-for-3 with a single against Missouri on April 22… walked twice and registered her third double of the season against Northwestern on May 1… scored two runs and went 2-for-5 at the plate with two singles against Northwestern on May 2… registered a 2-for-4 performance at the plate and scored a run in Iowa’s 5-3 Big Ten Tournament opening round win against Rutgers on May 7… recorded a single in Iowa’s Big Ten Tournament semifinal win over Minnesota on May 8… went 1-for-4 with a single against Nebraska on May 9… letterwinner.

2014 as a freshman… Started all but one game of her freshman campaign at second base (46-of-47)… named to Baylor’s Getterman Classic All-Tournament Team after leading all hitters with a .538 batting average (7-of-13)… hit her first career triple on Feb. 28 against Valparaiso… doubled in back-to-back games at Baylor on Feb. 15 and Drake on Feb. 16… Stole her first base in the season-opener against UNC Greensboro on Feb. 7… recorded her first career hit and RBI against Ohio on Feb. 9… posted a career-high three hits (3-for-4) and matched career-highs with two runs scored, one RBI, one double and one stolen base in the home opener against Drake on April 2… one of two Hawkeyes to record three triples in 2014 (Megan Blank)… led Iowa with seven stolen bases (7-of-12)… took part in 10 double plays, recorded 117 assists and tallied 107 put outs… had a four-game hitting streak and a six-game reached base streak… posted five multiple hit games (four 2-hit games and one 3-hit games) and two multiple RBI games (two 2-RBI performances)… letterwinner.

High School… Three-time team captain and four-year letterwinner… twice named first team All-District 16-5A… elected Round Rock High School’s Offensive Player of the Year as a sophomore after compiling a .487 batting average, .692 slugging percentage and stealing 16-of-19 bags… posted a .362 batting average, .532 slugging percentage and stole 14-of-14 bases as a junior… named Round Rock High School Defensive Player of the Year as a freshman… helped Round Rock to 16-5A District championships, 5A Bi-District championships and the 5A Area Finals as a sophomore and junior… played travel for the Texas Blaze 18U Gold (2010-present)… helped the Texas Blaze 18U Gold to a 17th place finish at the 2012 ASA Gold Nationals in Oklahoma City, Okla., 18U Independence Day Louisville Slugger championships in Boulder, Co. in 2012 and 2011, 2011 ASA Gold Nationals in San Diego, Calif., 13th place finish at the ASA 16U Nationals in College Station, Tex. in 2010, 2010 Colorado Fireworks 16U championship in Aurora, Co., 2010 Arizona Hotshots Invitational championship in Phoenix, Ariz., 2010 Surf City October Showcase championship in Huntington Beach, Calif., and a 2010 ASA “A” 16U State runner-up finish in Texas… garnered Academic All-District 16-5A honors in 2010 and 2012… earned the Round Rock High School Academic Excellence Award in 2010, 2011 and 2012… member of the Round Rock High School Accounting Team (2010-11)… graduate of Round Rock High School’s Business Academy.

Personal… Born Feb. 20, 1995… daughter of Darrell and Kay Fritsch… brother, Craig, pitched at Baylor University and went on to play in the minors for the Philadelphia Phillies and New York Mets organizations… majoring in business.