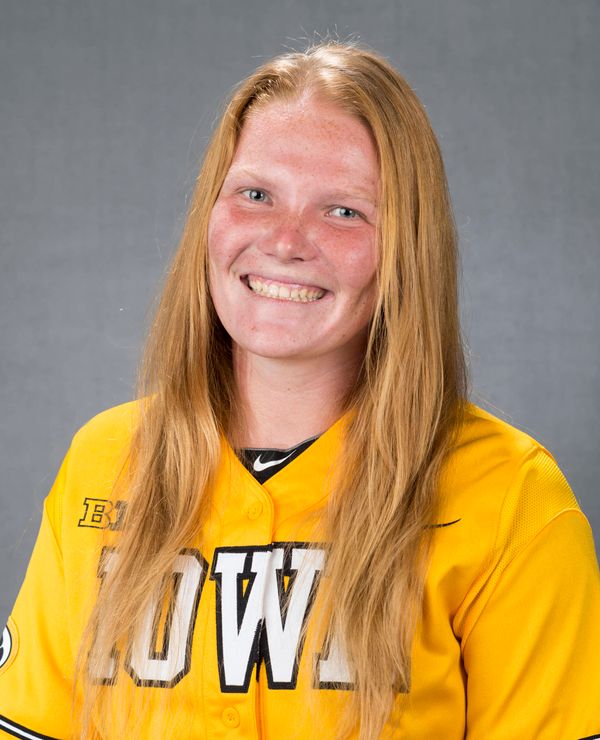 2016 — played on Hawkeye softball team… appeared in 15 games with three starts… all three starts at third base… had two hits and one run in 18 at-bats… had two putouts and three assists… was 1-1 in stolen bases… appeared as a pinch hitter against Louisville on Feb. 12 and Feb. 13… made first career start at third base against Loyola-Chicago on Feb. 20… Recorded the first two hits over career and reached base in all three plate appearances (two singles, walk) against Indiana State on Feb. 21… drew a pinch-hit walk in the bottom of the eighth inning of Iowa’s 8-7 walk-off win over Drake on April 13.

High School — two-time all-conference first team and all-district first team selection… second team all-state as a sophomore after posting a .474 batting average with 49 RBIs, 65 hits, 19 doubles and seven home runs… earned first team all-state recognition and named 3A Player of the Year as a junior after hitting .519 with 52 RBIs, 70 hits, 16 doubles and 13 homeruns… helped Solon to two conference titles, a state tournament runner-up finish in 2012 and a state tournament appearance in 2011… lettered in twice basketball and band, and four years in track… placed fourth in shot put and eighth in discus at 2012 state meet… also a 2011 state participant in discus… National Honors Society member… spent time as the class secretary and was class president in 2012-13.

Personal — born February 5, 1995… daughter of Chris and Jan Misel… has one sister, Katy… majoring in biochemistry.