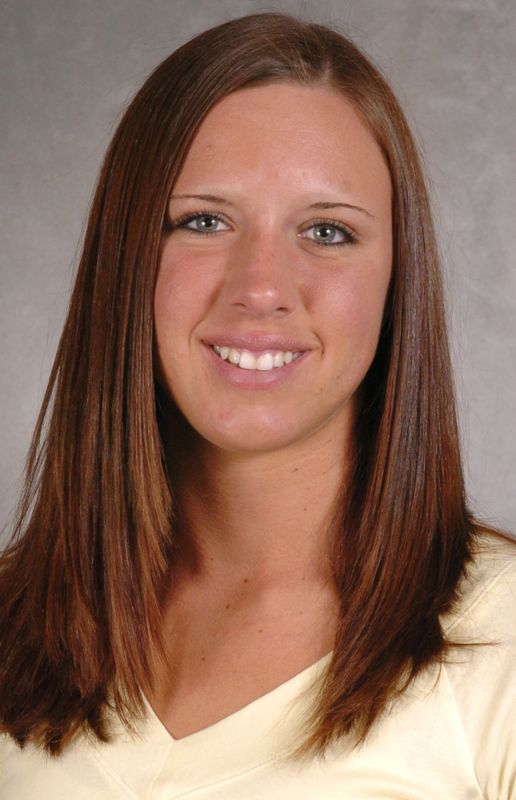 2007 as a Sophomore… Played in 47 games with 29 starts, including 22 in right field, five at shortstop and one in left field and at first base… batted .313 in conference play… ranked fifth on the team with 20 RBI… went 2-4 with a solo home run against UC Riverside (March 9)… went 2-4 with a home run, an RBI and two runs scored against Illinois (May 5).

High School… Named Gatorade Player of the Year in 2005… five-year letterwinner… named team MVP all five years of career… four-time all-state selection, including elite team selection as a senior… three-time all-district and all-conference selection… led team to state championship in 2003 and runner-up finish in 2005… holds four school records helped team to back-to-back conference titles in 2004 and 2005… hit 23 home runs in 2005, one shy of the Iowa state record for home runs in a season… finished with 45 career home runs… lettered four years in volleyball and track… holds three volleyball school records and was an all-state selection… qualified for state track in four events her junior year and three her senior year… also lettered twice in basketball.