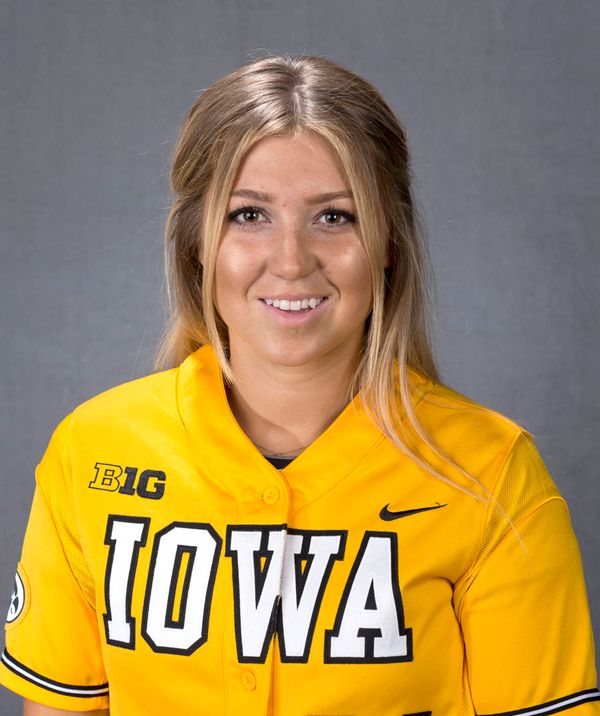 2016 as a Redshirt Junior… Played and started all 52 games at centerfield… led the team with 47 hits chipped in 27 runs on 157 at-bats for a .299 batting average… ranked second on the team with 10 doubles and had three home runs for a .420 slugging percentage… was second on the team with 24 RBI… amassed a .383 on-base percentage… was a perfect 10-10 in stolen bases… defensively, recorded 63 putouts and eight assists… registered 20 hits, 11 runs and six RBI in league play… collected two home runs during conference action… was 4-4 in stolen bases during Big Ten play… tallied 27 putouts and five assists during league action… reached on an error, stole a base, and scored the game-winning run against Louisville on Feb. 12… went 2-for-3 with a single, double, walk, 2 RBIs, and 2 runs scored against Sam Houston State on Feb. 13… went 3-for-4 with two singles, a double, and two runs scored in Iowa’s 7-1 win over IUPUI on Feb. 19… walked and singled against UIC on Feb. 19… registered a bunt single against Lipscomb on Feb. 20… singled against Indiana State on Feb. 21… walked twice, doubled, and scored two runs in Iowa’s 11-0 win over Georgia Southern on Feb. 26… recorded a sacrifice fly, infield single, and a double in game two against Georgia Southern on Feb. 26… singled and scored a run against Coastal Carolina on Feb. 27… recorded first home run of the season — a two-run blast — and a single against Georgia Southern on Feb. 27… reached on an error and walked against Coastal Carolina on Feb. 28… hit .571 in four games at the Tulsa Tournament, registering eight hits and seven RBIs… singled against Tulsa on March 5… plated all four of Iowa’s runs against Lamar on March 5, recorded two doubles and a walk-off sacrifice fly… the two doubles were a career high… singled, doubles, scored two runs, and registered two RBIs against Tulsa on March 6… singled twice, doubled, walked and scored a run against Lamar on March 6… singled and reached on an error in Iowa’s 1-0 win over Texas on March 16… walked twice and stole a base against Texas on March 17… registered an RBI single, walked, stole a base, and scored a run in Iowa’s 4-0 win over Hawaii on March 19… registered an RBI single at Indiana on March 26… hit .500 in three games against Purdue from April 1-3… registered five hits in 10 at bats… went 3-for-4 with two home runs, a single, and four RBIs against Purdue on April 2… singled and walked twice against Purdue on April 3… reached on an error, stole a base, walked twice, and scored two runs against Nebraska on April 6… reached base three times on an error and two walks and scored a run against Northwestern on April 9… singled and scored a run in game two of a doubleheader with Northwestern on April 9… walked, singled, and scored a run against Northwestern on April 10… went 2-for-3 with a pair of singles and two RBIs in Iowa’s 6-3 victory over UNI on April 12… registered in RBI double in Iowa’s 8-7 walk-off victory over Drake on April 13… singled in back-to-back games against Wisconsin on April 16-17… walked and hit an RBI single against Missouri on April 19… hit .444 in three games against Penn State from April 22-24… went 2-for-3 with a pair of singles and a walk on April 22, and reached base three times on a single and two walks on April 23… went 2-for-4 with two singles against Illinois on April 29.

2014 as a Sophomore… Appeared in 11 games with 10 starts in center field before an injury ended her season… tripled in consecutive games against Presbyterian on Feb. 8 and Ohio on Feb. 9… went 2-for-2 with an RBI against Ohio on Feb. 9… matched her career-high with three hits against Drake on Feb. 16 with an RBI and a run scored… was granted a medical redshirt following the completion of the season.

2013 as a Freshman… Competed in 52 games with 50 starts — the most among Iowa’s true freshmen… hit .201 with 17 RBIs during rookie season… started 41 games in right field, one in center, and eight at first base… posted six multi-hit games and four multiple-RBI contests… the four multiple-RBI games ranked fifth on the team… tied for second on the team with seven stolen bases (7-for-7)… notched a season-best three hits and three RBIs in series-opening win at Northwestern (April 12, 2013)… scored a season-high three times in 15-14 win at Northwestern (April 13, 2013)… letterwinner. High School… Three-time all-league and 2010 all-area honoree… batted .465 with 29 runs, 17 RBIs and was 23-of-24 on the base paths as a sophomore… the 23 steals are a single season conference record… hit .431 with 35 runs, 16 RBIs and 16 steals as a junior… led team to the Bay League title in 2008-09 and 2009-10… played ASA ball for the OC Batbusters, leading the squad to the 14 U co-Sparkler title… also helped the California Cruisers 18 Gold team to a top eight finish at the 2011 Louisville Slugger Tournament. Personal… Born May 25, 1994… daughter of Jim and Karen Gyerman.. has three siblings, James, Matthew and Chloe… majoring in psychology.