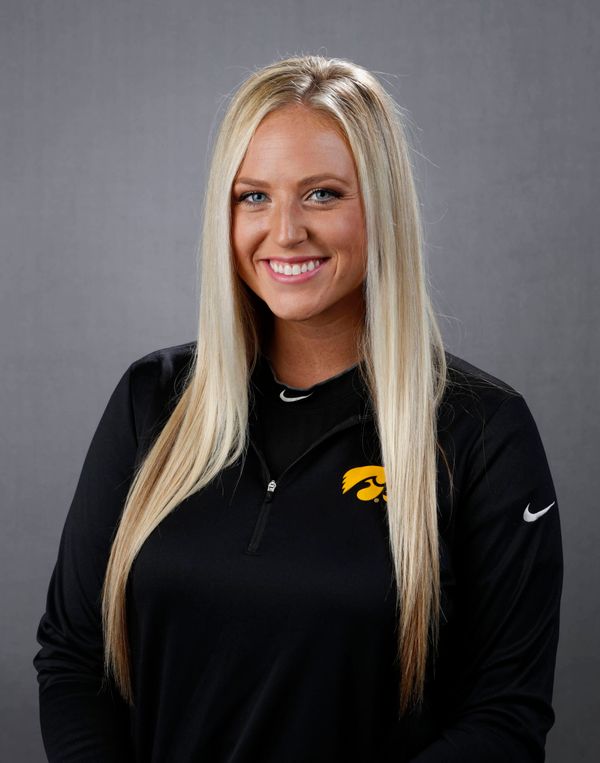 2016 as a Redshirt Junior… appeared in 32 games in the circle with 17 starts… collected a 4-15 record and a 5.70 ERA… threw one complete game… led the team with 76 strikeouts in 107.2 innings pitched… collected 30 strikeouts in league play… threw a scoreless inning in relief against UIC on Feb. 19… pitched one and 2/3 innings in relief against Lipscomb on Feb. 20, allowed one run on two hits and a walk… threw two and 2/3 innings in relief against Indiana State on Feb. 21… did not allow a run and stuck out five… threw two and 2/3 scoreless innings against Indiana State on Feb. 21… made first start of the season against Georgia Southern on Feb. 26, allowed two earned runs on seven hits and three walks while striking out two… pitched one and 2/3 innings in relief against Coastal Carolina, giving up one hit… went two and two-thirds against Coastal Carolina on Feb. 28, striking out a season-high seven batters… got the complete-game win against Lamar on March 5, allowing three earned runs on eight hits and a walk, while striking out a season-high nine batters…. entered the game in the fourth inning, and threw a perfect two and 1/3 innings to get the win against Lamar on March 6… threw eight innings against Texas on March 17, allowing two earned runs on nine hits and no walks and struck out four… got the win against Hawaii on March 19, throwing four scoreless innings with just one hit allowed… allowed five earned runs on seven hits against Nebraska on April 6… allowed three earned runs on four hits and four walks and struck out three to get the win over UNI on April 12… took a no hitter into the fifth inning against Wisconsin on April 17… allowed two earned runs on four hits and two walks and struck out four in seven innings against the Badgers on April 17.

2015 as a Redshirt Sophomore… Led the Hawkeyes in wins (17), ERA (4.96), appearances (49), starts (38), complete games (31), shutouts (5), and strikeouts (194)… threw 250.0 innings… registered her first career no-hitter against Southern Utah, marking the 17th all-time in program history… she is just the seventh player in Iowa history to throw a no-hitter… fanned 194 batters in 250.0 innings of work, more than quadrupling her strikeout total of 51 from last season… recorded a then career-high eight strike outs against Southern Utah… only allowed one earned run against No. 17 UCF… tallied a career-high nine strike outs and only allowed one hit in seven innings against Florida A&M… matched her career-highs with nine strikeouts and seven innings pitched against East Carolina on March 14, guiding Iowa to its 5-1 win… added her seventh win of the season at Tulsa, tossing 3.2 innings and striking out three in relief… struck out nine batters to match her career-high against Maryland on March 20 in five innings pitched… posted her eighth win of the season with a complete game effort against Maryland on March 21… earned her ninth win of the season and her second over a ranked opponent at No. 4 Michigan on March 29… held the Wolverines to four runs on six hits and struck out seven in her complete game win… held Drake to one hit on April 1 on the road… threw 2.2 innings of relief, registering three strikeouts, against Western Illinois on April 2… registered her 10th win of the season against Illinois on April 3, allowing seven runs on 11 hits…. recorded a complete-game victory over Wisconsin on April 10, allowing three earned runs on five hits with four walks and four strikeouts… threw a career-high 10 innings against Wisconsin on April 12 to registered the complete-game win… struck out a career high 11 batters and allowed two runs on 13 hits… fanned seven batters in her complete game appearance against Iowa State on April 15… pitched her fourth shutout of the season against Purdue on April 17, allowing just two hits and a walk in seven innings… got the complete-game win against Purdue to secure the series victory on April 18… allowed one earned run on five hits and a walk while only surrendering one extra base hit in seven complete innings… posted a 0.50 ERA in 14 innings against Purdue, giving up 1 run and 2 walks… allowed just 1 earned run on 4 hits in seven innings against Northwestern on May 1… registered her 15th win of the season against Northwestern on May 3, giving up 5 earned runs on eight hits and six walks… earned the complete-game win in Iowa’s Big Ten Tournament opening round win over Rutgers on May 7… allowed 3 earned runs on 6 hits and 4 walks while striking out 5… pitched a two-hit shutout against No. 12 Minnesota in the Big Ten Tournament quarterfinals on May 8… gave up 2 hits, 2 walks, and struck out 4 in the complete-game win… became just the third pitcher to shut out the Gophers throughout the 2015 season… allowed 9 earned runs on 10 hits and 6 walks in Iowa’s Big Ten Tournament semifinal game against Nebraska on May 9… letterwinner.

2014 as a Redshirt Freshman… Appeared as a pitcher 20 times with 15 starts and five complete games… posted an ERA of 5.90 and a record of 4-10… earned her first career start and win in the season-opener against UNC Greensboro… tallied a career-high five strikeouts on four occasions throughout the season (vs. UNC Greensboro on Feb. 7, vs. Longwood on March 2, at Illinois on March 22 and vs. Ohio State on May 3)… earned her first career save against Presbyterian on Feb. 8… posted wins over UNC Greensboro, Texas, Illinois and Michigan State… recorded wins in consecutive starts over Texas on March 16 and Illinois on March 22… letterwinner.

High School… Selected as the 5A Pitcher of the Year and first team all-state honoree as a senior, after posting a 31-0 record with a 0.58 ERA… had 222 strikeouts in 191.2 innings, allowing 20 runs (16 earned) and 99 hits… guided Ankeny High School to a 39-6 overall record en route to the state title… led the state in wins and was second in strikeouts… four-time first team all-conference and all-district selection… two-time honorable mention all-state honoree… was a second team all-state, first team ISC and a state all-tournament team selection as a junior… posted a 22-5 record with 145 strikeouts and a 1.50 ERA as a junior, leading team to a conference title and state runner-up finish… won 10 games as a freshman and 12 as a sophomore… played for Sports University USSASA state championships and Team Iowa and Iowa Blitz ASA teams… also competed in basketball, earning second team all-conference honors in 2010 and honorable mention honors in 2009.