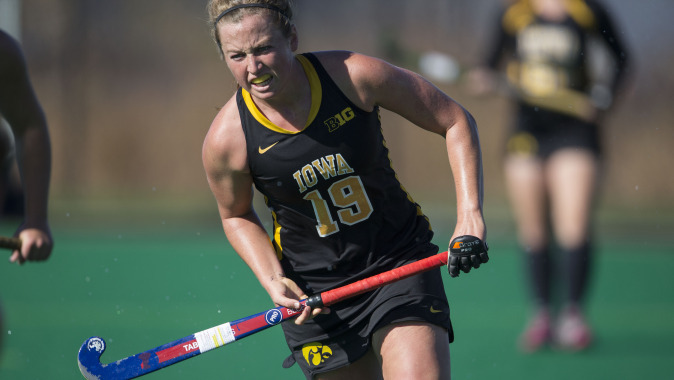 IOWA CITY, Iowa — University of Iowa senior midfielder Dani Hemeon has been selected to compete in the 2014 National Field Hockey Coaches Association Division I Senior Game, the NFHCA announced Wednesday. Karli Johansen played in the even last year, while, Jessica Barnett and Kathleen McGraw were selected in 2012.

The Senior Game will be played Saturday, Nov. 22, at the University of Maryland in College Park, Maryland, beginning at 3 p.m. (CT). The group of 38 seniors will be divided into two teams, and play two 30-minute halves. Hemeon is one of seven seniors selected from the Big Ten conference.

In 2012 as a sophomore, Hemeon started all 21 contests, tallying team-highs in points (24) and goals (11). The midfielder scored once in each of Iowa’s three postseason games and tallied two goals in the Big Ten Tournament — the second-most by any student-athlete at the event.

As a freshmen in 2011, Hemeon saw action in 17 contests, including two starts. She recorded 12 shots and tallied her first-career goal. Hemeon was one of four true freshmen to see action.