ISS Wraps Up Year at Banquet 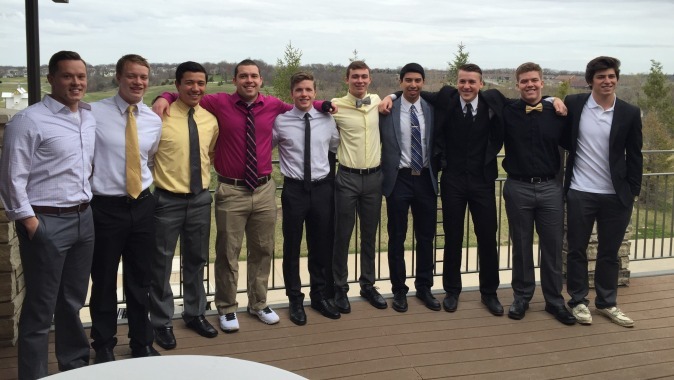 The spirit squads handed out awards for individual squad recognition, academics, public relations. More than half of the team members carry a 3.25 or greater cumulative GPA and many are on the Dean’s List. Public Relations awards were given for hours at events outside of games and practice, 11 members had more than 100 hours, and two members had more than 200 hours of PR.

“The banquet is a great way to bring together the team and family members and look back on a great year,” said UI spirit coordinator Gregg Niemiec. “These team members put in countless hours at practice, games, and events representing the University of Iowa.

“We start in April and go through the following April, so it is a long season. The student-athletes we have are well-rounded both academically, skills-wise, communication-wise, and well-organized to keep on top of everything. They’re Hawkeye fans through and through!”