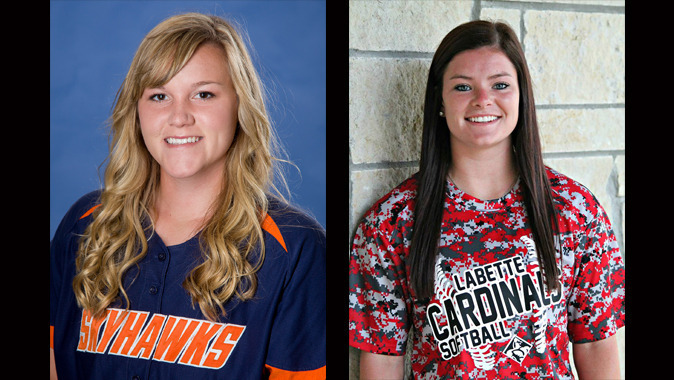 “Liz gives us more depth on the mound,” said Looper. “We have two freshman pitchers coming in, but Liz has a background in Division I athletics. She gives us a little more experience, and that allows newcomers to come in and not feel like the pressure is all on them.

“She has been the horse for UT Martin over the last two years. I think she is going to bring some of that knowledge here. We still have some mechanical things to work on, but I’m excited and confident that she will be able to do that.”

Taylor, a shortstop, comes in from Labette Community College (Kansas) with three years of eligibility remaining. The Owasso, Oklahoma, native helped the Cardinals to a 38-16 overall record and a Region VI Championship in 2015. Taylor led the nation in stolen bases this year (89), and paced the Cardinals in hits (76), doubles (10), triples (3), walks (21), batting average (.435), and on base percentage (.485) as a freshman.

“We saw Katy in the fall, and we contacted her coach because we thought she was pretty impressive,” said Looper. She is a left-handed slapper with good speed, and she is smart on the base paths. She is going to add some dynamic to our middle infield that will be really beneficial for us.”

With the addition of Weigand and Taylor, there will be five newcomers on the Hawkeye roster. Iowa returns 18 student-athletes from last season, including nine starters.