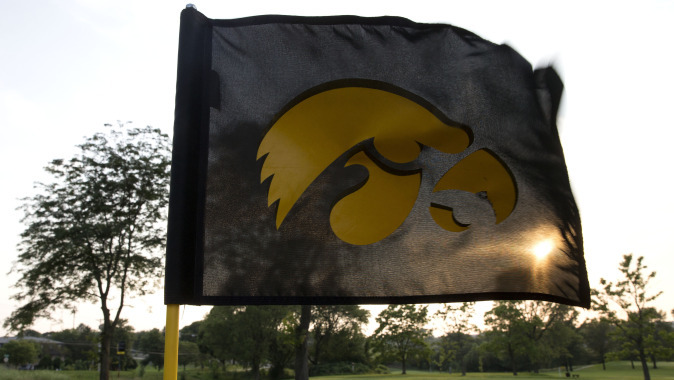 Iowa, one of only two Big Ten teams (Illinois) to appear in seven-straight NCAA Regionals, opens the fall season on Sept. 13 with a trip to Minneapolis for the Gopher Invite; a two-day event hosted by Big Ten foe Minnesota. The Hawkeyes have not competed in this event since 2012.

The following weekend, the Hawkeyes return home to host a national field at the GolfWeek Conference Challenge on Sept. 25-27 at Spirit Hollow Golf Course in Burlington, Iowa. The event features 15 teams from 15 conferences, including last year’s NCAA champion LSU. The Hawkeyes finished in third place in last year’s event, and won the tournament in 2010.

Iowa then competes in the David Toms Intercollegiate on Oct. 10-11 at LSU’s University Club Plantation in Baton Rouge, Louisiana.

On Oct. 16-18, the Hawkeyes continue play by traveling to Atlanta to participate in the U.S. Collegiate Championship, before closing out the fall season with a trip to Dallas for the eighth annual Royal Oaks Intercollegiate from Oct. 26-27. Iowa finished sixth in last year’s event.

Iowa continues play in Tempe, Arizona, on Feb. 20 to participate in the Arizona Dual, before heading to Los Angeles a week later for the Del Walker Intercollegiate, hosted by Long Beach State. The two-day event begins on Feb. 29.

On March 18-20, the Hawkeyes will make an appearance at the Schenkel Invitational in Statesboro, Georgia. Iowa tied for seventh place in last year’s event. The Hawkeyes return to Arizona on April 2-3 to compete in the Arizona State Thunderbird Invitational, an event in which they finished tied for fifth place in 2015.

After a third place finish at the 2015 Hawkeye Invitational, the Hawkeyes look to win it all in 2016 when they host the annual event on April 16-17 at Finkbine Golf Course — its final event before postseason play. The Hawkeyes travel to Newburgh, Indiana, for the Big Ten Championships at Victoria National Golf Course on April 22-24. NCAA Regionals will be held May 16-18 at a site to be determined.

Iowa returns six letterwinners from last year’s squad that finished second at the Big Ten Championships and appeared in the NCAA Tournament, including All-Big Ten and PING All-Region honorees Carson Schaake and Raymond Knoll. Schaake was also crowned co-champion at the 2015 Big Ten Tournament, becoming the third Hawkeye in program history to accomplish the feat.