IOWA CITY, Iowa — The No. 2 University of Iowa field hockey team (five seed) looks to break the 1-1 series tie with No. 11 Maryland (four seed) at the Big Ten Quarterfinals on Wednesday, April 21 at Grant Field in Iowa City, Iowa. The game will air on Big Ten Network at 1:30 p.m. (CT).

The two teams met on April 2 and 4. In the first meeting, the Hawkeyes outshot the Terrapins 10-5, but Maryland came out on top, 1-0. The Hawkeyes retaliated with a dominant 3-0 victory two days later.

The second game was highlighted with a goal from junior Anthe Nijziel in the 37th minute, assisted by senior Ellie Holley. Senior Maddy Murphy followed with an unassisted goal to kick off the fourth quarter and closed with a second goal, redirecting a long shot from junior Lokke Stribos. 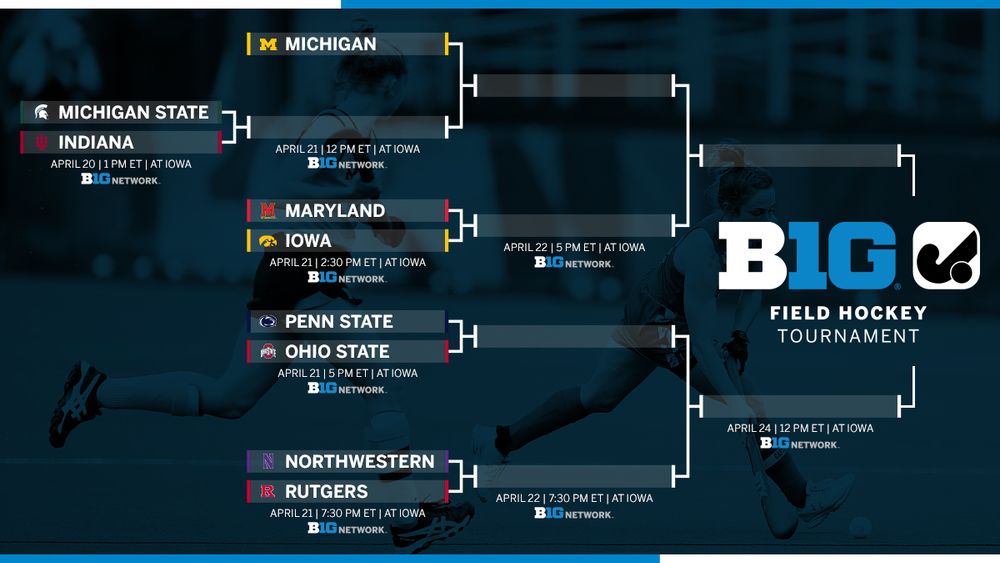