All Eyes on Grant

IOWA CITY, Iowa – With three of the 2020 Final Four teams making there way to Grant Field for the 2021 Big Ten/ACC Challenge, Iowa City is the center of collegiate field hockey for Week 1 of the 2021 season.

The Hawkeyes, ranked third in the Penn Monto NFHCA Preseason Coaches’ Poll, will host No. 11 Wake Forest on Friday at 3:30 p.m. (CT) before facing top-ranked North Carolina at 11 a.m. Sunday.

The first game of the challenge will be a National Championship rematch pitting No. 1 UNC against No. 2 Michigan on Friday, while the Wolverines will also face the Demon Deacons at 1 p.m. Sunday.

“This has been circled on our calendar for more than a year, as we were supposed to host last year,” said Iowa head coach Lisa Cellucci. “To have these teams at Grant Field, to not have to travel and for them to have to travel to play, we’re excited for the advantage.

“People around the country are labeling this as the premiere college preseason tournament, so our players are excited.”

Throughout the preseason, the Hawkeyes focus has been on the regular-season opener against Wake Forest.

“Every time we have played them in this opening weekend, it has been a one goal or overtime game,” said Cellucci. “Our only focus is on Wake right now because they are unbelievable.

“They come in ranked 11th, but that doesn’t reflect their team. They are aggressive and have an unbelievable counterattack. They are the only team that took North Carolina to double overtime and they had them hanging in the ACC Championship game last season.” 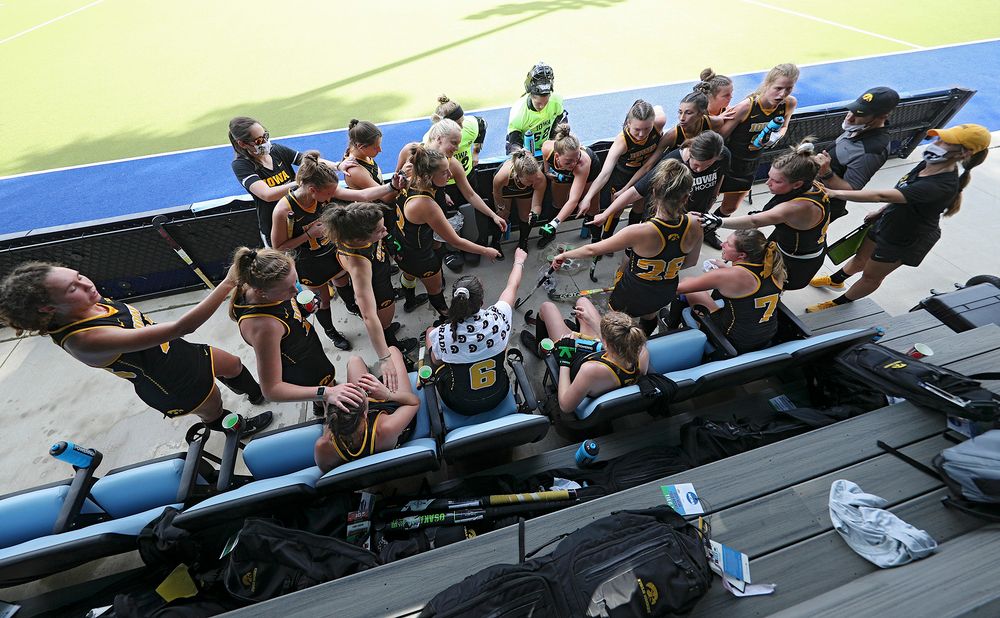 Cellucci wants the Hawkeyes to play to the “Iowa standard” during this marquee weekend.

“We know what that means, and we have 4-5 key things that we do well with possession and building the ball at the top of that list,” she said. “That’s going to be the key to both games. If we can control possession and build the ball, we’re going to have opportunities at the goal.”

Senior Anthe Nijziel is excited to see how much the Hawkeyes have improved since wrapping up the unorthodox 2020 season in May. Iowa finished 12-6 overall, which included the program’s 12th Final Four appearance all-time.

“We’re hoping to play well and see that we’ve improved from last year,” said Nijziel, a 2020 All-American and Big Ten Player and Defensive Player of the Year. “We don’t look back to the Final Four and what we did last year because we’re a new team, but it would be great to see that we have improved.”

Senior Lokke Stribos is looking forward playing in a marquee event in front of a full house at Grant Field.

“It’s a good feeling (to host this event),” said Stribos. “I am excited for the student kickoff against UNC as there will be a lot of fans (in attendance). We’re excited to get going.”

“We’re coupling with Michigan this weekend to say, ‘Let’s go, let’s get this done,’” said Cellucci. “(Grant Field) is a great venue and we’re excited to have everyone here.”