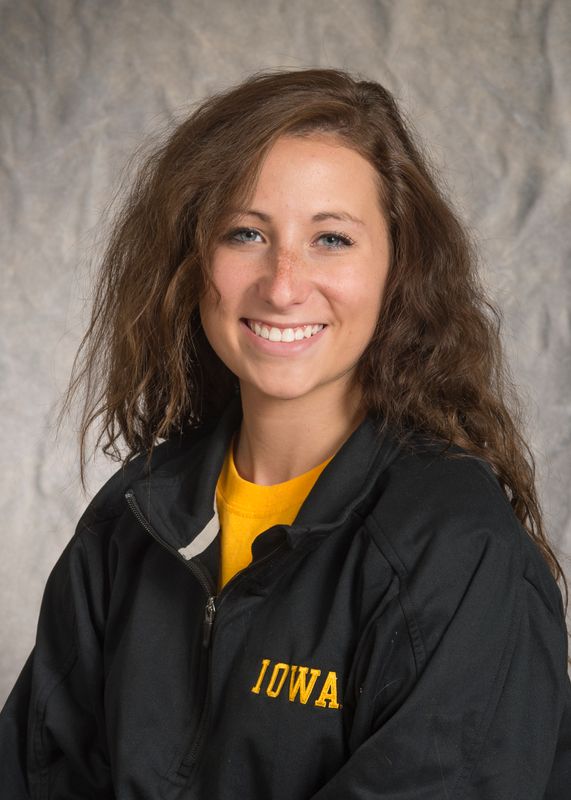 2013-14… Coxswain of the 1N8+ boat… competed at Clemson in the season opener… competed in the home regatta and helped Iowa finish fourth behind Ohio State, Indiana and Louisville… led Iowa to two fifth place finishes at the Clemson Invite… defeated Tennessee in final regatta of the regular season… finished sixth at the Big Ten Championships (7:28.03).

Why Iowa… I love the atmosphere of the campus, the graphic design program, and the location. My uncle went here and loved it and I[apos]ve grown up loving the Hawkeyes for my entire life.

My favorite aspect of rowing is… I love the competition aspect of rowing as a sport in general, but more specifically, I love the girls on my team. They are all so great, every single one of them, and that’s what makes rowing so unique. We rely on each other so heavily and build such close relationships. It’s unlike any other sport.

What made you want to become a rower… I had no idea when I came to college that I would end up on the University of Iowa women’s rowing team. I had seen a booth for rowing at my orientation but had since forgotten about it until I met one of my roommate’s friends, who happened to be on the team. She told me more about it and got me fired up about joining the team. So I talked to the coach, went to the meeting, and started practicing with the team and loved it.