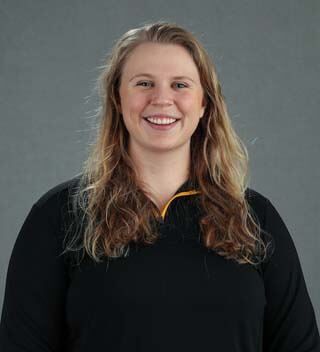 Why Iowa…I chose Iowa because I wanted to go to a big school and I loved the downtown feel and all the opportunities available.

What is your favorite aspect of rowing…I love the mental and physical challenge rowing presents and that it truly is a team sport.
Also, it is way more fun than running races.

What made you want to become a rower…My roommate mentioned it to me and I knew I wanted to join some activities and also stay in shape so I tried it out and enjoyed the new and unique experience.