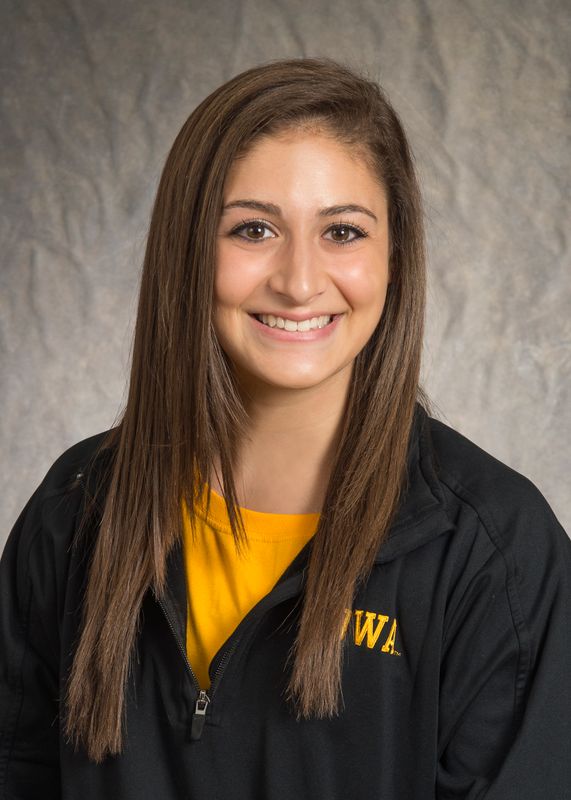 2013-14… Raced in the Head of the Iowa with an N8 crew during the fall… competed in the spring at the Big Ten Championship at Eagle Creek Park as part of the 2N8+ crew that finished sixth overall with a time of 7:44.997.

Before Iowa… Level 10 gymnast from 2011-2013 and two-time level 10 state qualifier… member of the St. Charles Gymnastics Academy senior year… 2013 state qualifier for level 10… three year member of the Illinois Gymnastics Institute… 2012 state qualifier for level 10… placed 19th in the all-around at the state meet… 2011 state and regional qualifier for level 9… at state placed 4th on vault, 2nd on floor, and 11th in the all-around… for regionals, placed 10th on vault, 6th on bars, 8th on floor, and 9th in the all-around… placed 2nd on vault, bars and All-Around at 2010 state competition and qualified for the Regional competition placed 12th all-around and 6th on vault all for level 9… Honor Roll member all four years of high school… National Honor Society member… club coaches were Tony Toms, Maureen Medel, and Margaret Koczwara.

Why Iowa… I love the atmosphere and the people at UI. The academic and athletic opportunities are amazing. I am so excited to be a part of the prestigious Honors Program here while also representing my school in sports.

My favorite aspect of rowing… It is not only physically challenging, but also very mentally challenging. I have been pushed to both my physical and mental limits like never before and I love it. Also the sport is so rewarding. Hard work really pays off.

What made you want to become a rower… I was originally recruited by a few schools for gymnastics. I hurt my back my senior year so I was unable to compete anymore, but I am so competitive I knew I wanted to find something that I was just as passionate about as gymnastics. Rowing has become my new passion. This sport pushes me to my limits and I am so thankful that I have two amazing coaches that have helped me begin to realize who I am and why I joined this sport.