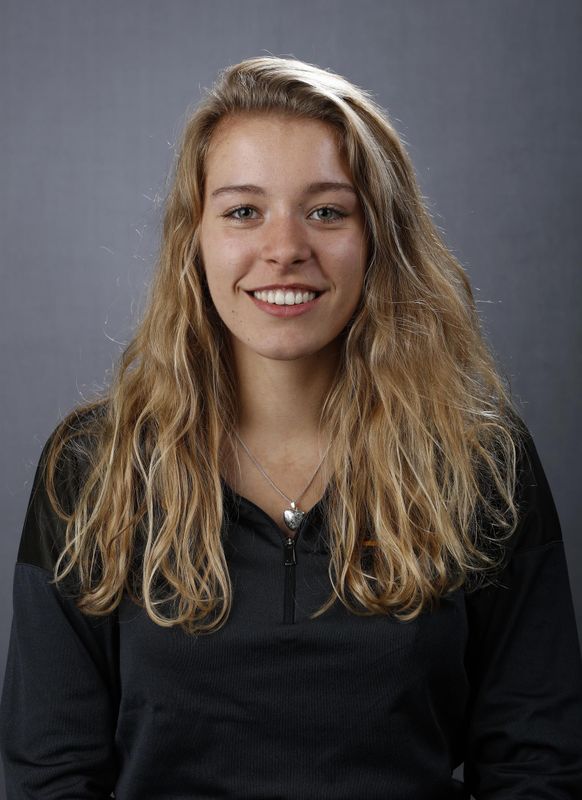 Personal… born January 13, 1998… daughter of Rachel Stewart… has one sibling, Jacob…Mother played Netball for Wales and competed in the finals of the British Junior Dressage Championships… English/Creative writing major.

Why did you choose to attend the University of Iowa?
I had always dreamed of attending an American Big 10 University. However, as a British Citizen living in the Netherlands, I had until quite recently, expected to study in the UK. This all changed when the head of the Dutch National team passed my details on to Andrew Carter and Jeff Garbutt. I first received a message from Jeff the evening before one of my mock exams and genuinely jumped out of my seat in excitement.

I quickly began my research into U of I, only to discover the incredible creative writing program that the university has to offer. After many hours of conversation with Andrew and Jeff, and several conversations with Iowa Alumni, I realised there is no better place for me to develop both as a rower, and as a writer.

What is your favorite aspect of the sport of rowing?
After years of doing sports as an individual, I love the team aspect of rowing. There is nothing that builds friendship like the shared pain and agony of an ergo session. Though rowing is incredibly demanding, it is also the most rewarding sport I have ever been involved with. It has truly taught me to dig deep and push myself beyond my limits.