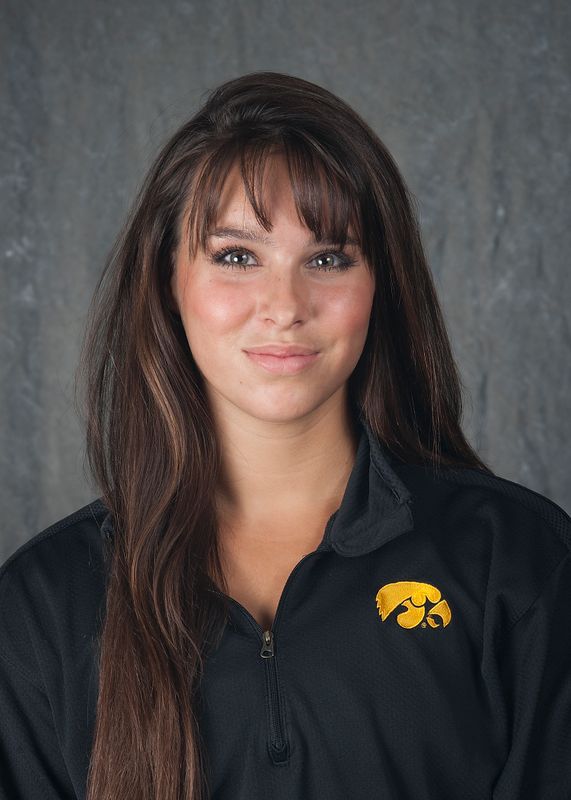 2015-16.. Academic All-Big Ten…Big Ten Distinguish Scholar… competed in three races on the 3V4+ crew… placed first (7:44.50) against Wisconsin and first (8:00.04) against Minnesota in the Big Ten Double Dual on April 9… helped the Hawks to a first and second place finish at the Big Ten/Big 12 Invite… placed fourth (7:47.735) and helped team finish fifth at the Big Ten Championships (95 points) May 15… named to UI’s Fall/Spring Dean’s List… letterwinner.

Before Iowa… Five-time first team All-State in gymnastics… won seven state gymnastics titles… Level 7 Iowa State Vault Champion as a freshman and sophomore… holder of five consecutive undefeated seasons in vaulting… owns a personal best 9.875 on the vault… named first-team All-Metro in the 100 meter dash in track as a senior… owns high school’s 100m dash record with a time of 12.39 seconds… placed 10th in the 4x200m and ninth in the 4x100m at the 2012 Iowa State Track Meet… All-Academic in track and field… named and All-American in cheerleading… recipient of high school’s Hall of Fame Award… Xavier’s Female Ambassador of the Year Award winner… Listed in Who’s Who America’s High School Students… member of the United States Achievement Academy… member of the National Honor Society.

Why Iowa… I fell in love with the sense of community and incredible pride held by everyone on campus.

My favorite aspect of rowing is… the constant mental and physical challenges I am privileged to work through with a family of teammates at my side.

What made you want to become a rower… I love to train and I love to compete. Coming to college, the opportunity to do both presented itself in the form of rowing.