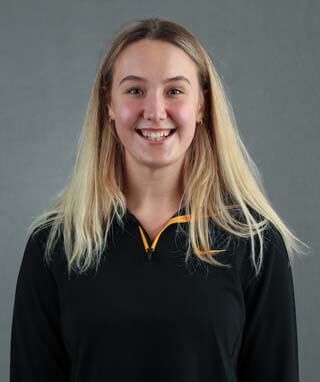 Why Iowa…. “From when I first started rowing, I had always aspired to girls that were much older than me, that had continued their rowing careers across the pond in America. After my appendicitis last year, I didn’t think it was an option to row in America but with the support of my coach Penny, we were able to make my dream a reality. After my first few conversations with Coach Carter and Garbutt, I knew this was where I wanted to go to continue my rowing and studies.”

What made you want to become a rower? How did you get your start in the sport?.….”When I was eight years old and living in Russia, I met Sir Steve Redgrave at an event where he was introducing a rowing club in St. Petersburg for adults. He spoke to me about rowing and acknowledged my height for such a young person. Once I moved back to England, I found Eton Excelsior Rowing club, which is where my rowing started.”