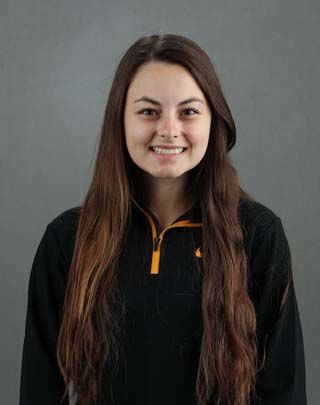 • Finished second at Southern Methodist and Michigan with a best time of 6:34

• Appeared in five competitions with the I Novice Eight crew

• Appeared in six competitions with the I Varsity Four crew

• Helped Iowa finish fourth in their heat at the NCAA Championships, first in the semi-final, and 15th overall in the final

• Competed in one competition for the 1V4+, six races for the 1N8+ team, and two competitions for the 2N4+ team

• Captain of the dance team

• Student of the Quarter for leadership 2014

• Vice-President and on the Executive Board of Student Council

• Daughter of Bernie and Jennifer Becker

• Sister, Shae, is also on the rowing team