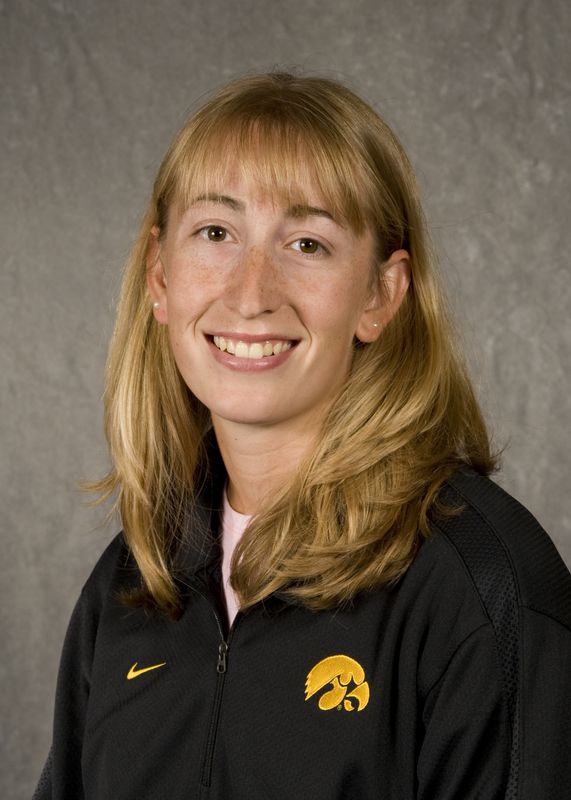 2007-2008… Placed second in the collegiate pairs at the Head of the Rock… competed in the championship eights at the Head of the Charles… member of the V8+ that earned Big Ten Boat of the Week April 15 during the spring season… stroked in the seven seat of every race… helped Iowa to wins over UCF, Duke and Kansas Sate at the Longhorn Invitational… contributed to the Hawkeyes first place team finish at the George Washington Invitational with wins over George Washington, Navy and St. Josephs… posted a win against Indiana at the Big Ten Challenge… placed second in the Petite Finals at the Big Ten Championships… earned a fourth place finish in the Petite Finals at the South-Central Regionals.

2006-2007… Sat bow seat in the first varsity eight in all three fall races…helped Iowa place second in the V8+ at the Head of the Rock and Head of Iowa…won the varsity pairs at the Head of the Rock…was a member of the first varsity eight for every race during the spring season…member of the Big Ten Boat of the Week during the week of April 9th…helped Iowa finish first in the V8+ Petite Final at the Big Ten Championships…raced to a first place finish in the V8+ in Final C at the Central Regional Sprints…academic all-Big Ten selection….letterwinner.

2005-2006… Held down the two seat in the V8+ in every race for the spring season… helped the Hawkeyes to wins over Miami, Kansas St., and Creighton… member of the V8+ that placed second in the Petite Final in Big Tens… placed sixth in the Petite Final of Central Sprints… Earned second team all-Big Ten.

Before Iowa… Rowed for the Brockville Rowing Club during high school… won the improved player and coaches award her senior year… won gold, silver and bronze at Canadian Schoolboy Championship.