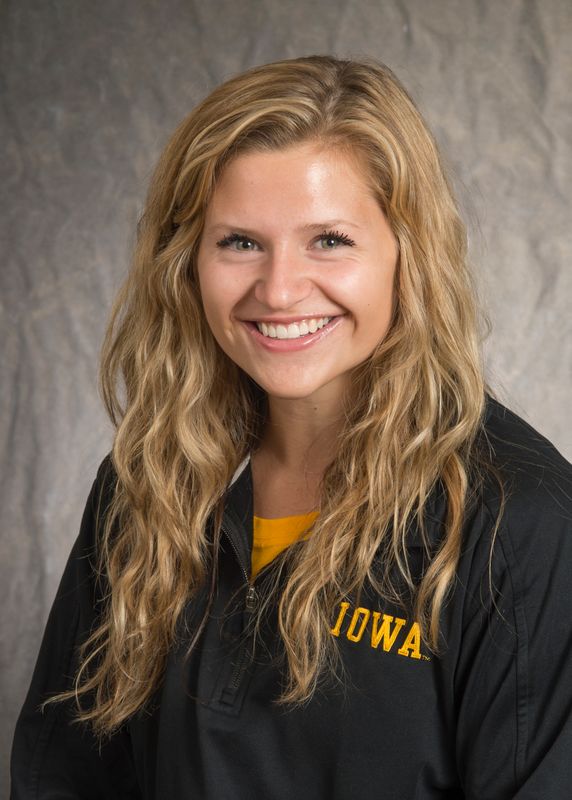 Iowa Items… On Iowa’s top-10 all-time record board for the 2k and 6k score.2010-11… Placed sixth at the Big Ten Championships in the 1N8+… received Novice of the Year award.

Before Iowa… Member of the Minnesota Boat Club… club coach was Miriam Baer… captain of her junior team (2009-2010)… won the Head of the Des Moines in a single scull (2009)… won the Lipton Cup at the NWIRA Regatta her junior and senior year of high school… placed eighth at the Head of the Charles Regatta in the women[apos]s junior 4+… three-time member of her high school[apos]s academic honor roll.

Personal… Born May 10, 1992… daughter of Kevin and Bobbie Hallman… father, Kevin, was a member of the rowing team at Creighton… brother, Tim, was captain of the crew team at Creighton University, while brother, Dan, played football at St. Thomas… interdepartmental business major… lists Jesus Christ as the most influential person in her life.

Why Iowa… The University of Iowa is truly a remarkable place to be. From the very first moment I arrived on campus, I was made to feel right at home. It would be a challenge to find more kind, considerate people outside of this campus and city. The rowing coaches and the athletic staff are always pushing their athletes to excel physically, academically and socially.

My favorite aspect about rowing is… It pushes me to become a better person in all aspects of my life.

What made you want to become a rower… I was attracted to the uniqueness of rowing. It is the only sport where you can win by sitting on your butt while going backwards.