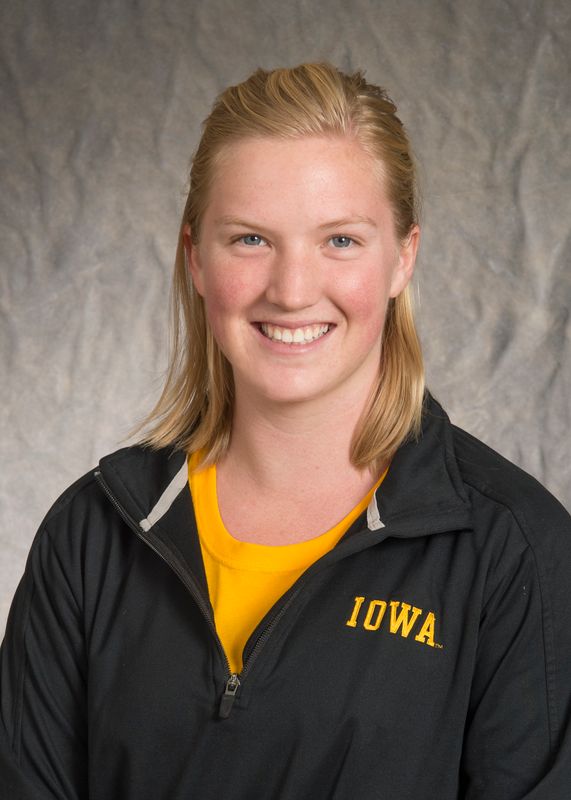 2014-15… Competed with the 3V4+ crew at the Head of the Des Moines and against Kansas in the fall… competed with the 3V4+ crew at the Big Ten Double Dual, the B1G/Big 12 Challenge, and the Big Ten Championships… helped the team finish second at the B1G/Big 12 Challenge… helped the team to a sixth place finish, the second highest scoring performance at the Big Ten Championships in program history, and the highest since 2003.

2013-14… Member of the 2V4+ that earned Big Ten Boat of the Week recognition following the season-opener at Clemson… Big Ten Distinguished Scholar… Academic All-Big Ten… competed in the 2V4+ boat that placed first at Clemson… competed at San Diego Crew Classic in the 1V4+ boat (7:35.63)… competed in finals of San Diego Crew Classic finishing sixth… competed at Iowa’s home regatta as a part of 2V4+ helping Iowa finish third behind Louisville and Ohio State… helped Iowa to a runner-up result at the Clemson Invite in 2V4+… in day two of Clemson Invite, helped Iowa to a first place finish (8:05.40)… helped sweep Tennessee in regular season finale winning by 15 seconds over the Vols (7:53.70)… competed at Big Ten Championships on 2V4+ boat finishing sixth (7:55.66).

Personal… Born March 17, 1994 in Las Vegas… daughter of Ty and Julie McSorley… father, Ty, is an Iowa alum… speech and hearing science major… lists all of her former teachers and coaches as the most influential people in her life.

Why Iowa… I chose Iowa for its amazing speech and hearing program, and for the opportunity to try something completely new.

My favorite aspect of rowing is… The sport’s depth and versatility. It requires so much mental and physical strength, endurance, and cohesion as a team.

What made you want to become a rower… I walked onto the novice team my freshman year. I wanted to become a rower because I needed a way to stay active since I wasn’t playing college volleyball, and my former teammate suggested that I try rowing. I was hooked as soon as I got in a boat for the first time.