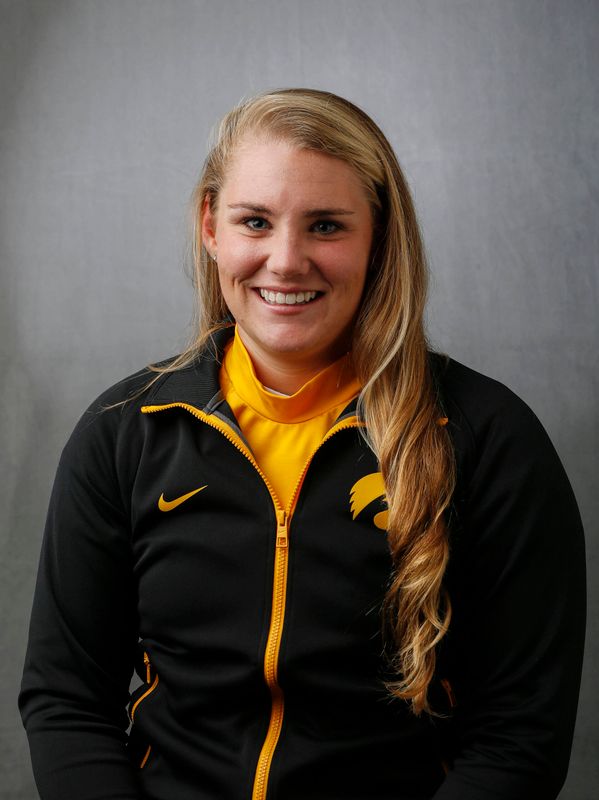 Before Iowa… transferred from the University of Miami.

Why Iowa… I stumbled upon Iowa out of circumstances and it quickly became a place I knew I needed to be. I fell in love with it. The University of Iowa is a place that was warm and welcoming from the start. Seeing how much the athletic department supports their coaches and student athletes was a huge draw for me. Then I met the team and wow, that was it for me. I felt a part of the team before I was even on it. I toured the communications school and was amazed at the opportunities that were available there. Iowa was a place I would have never seen myself at but now it’s a place I wouldn’t see myself without.

My favorite aspect of rowing is… The bonds that you make with your crew! And being out on the water.

What made you want to become a rower… I played sports my entire life and in my free time I lived out on the boat with my dad doing any and every water sport imaginable. When I reached my junior year, I heard about the opportunities for women’s collegiate rowing so my parents urged me to try the sport. I fell in love with it so I quit volleyball and picked up rowing instead. I loved how it meshed my passions of sports and being on the water.