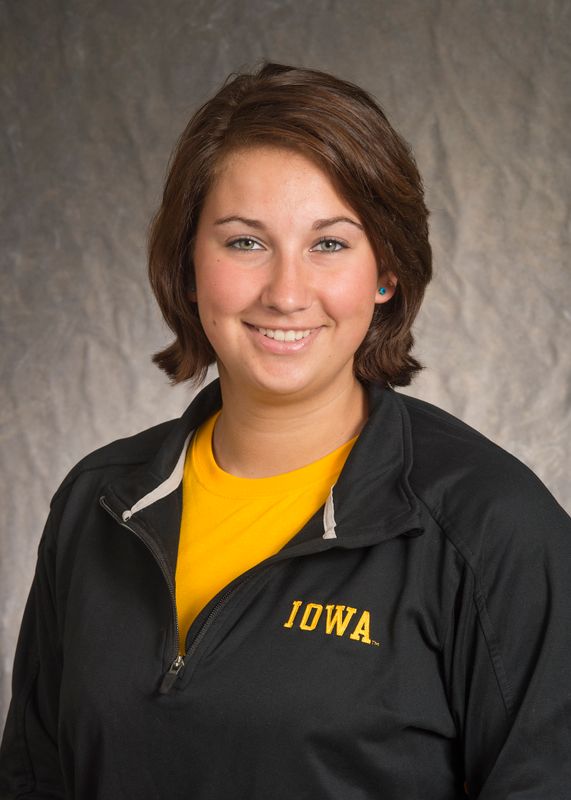 Before Iowa… Member of Grand Rapids Rowing Association… As a senior, finished fourth in the petite finals in the Jr. Women’s Double at the Midwest Regionals… took first place in the Jr. Women’s Double at the Reed’s Lake Sprints… took second place in the 2k Relay at the Grosse Ile Regatta as a junior… member of high school’s track and field team as a sophomore while running the mile and throwing duscus… also a member of high school’s tennis team as a freshman… National Honor Society member… club rowing coach was Chelsea Shoop.

Why Iowa… I chose the University of Iowa because of the prestige of the nursing program. I also really liked the drive and want that I saw in the rowing team. I also loved the atmosphere of the campus.

My favorite aspect of rowing is… Rowing is different than most sports in the sense of being a team. It is more like a family, you really have to work together because one person can offset the boat. You strive to do your best not just for yourself but for everyone else around you.

What made you want to become a rower… My cousin was competing in my home town and while at the regatta I saw the local coach and asked what I should do if I was interested. I was told to show up to practice Monday and I’ve been rowing ever since. I wanted to become a rower when I saw the beauty of it. It takes something special to turn that amount of power into something graceful.