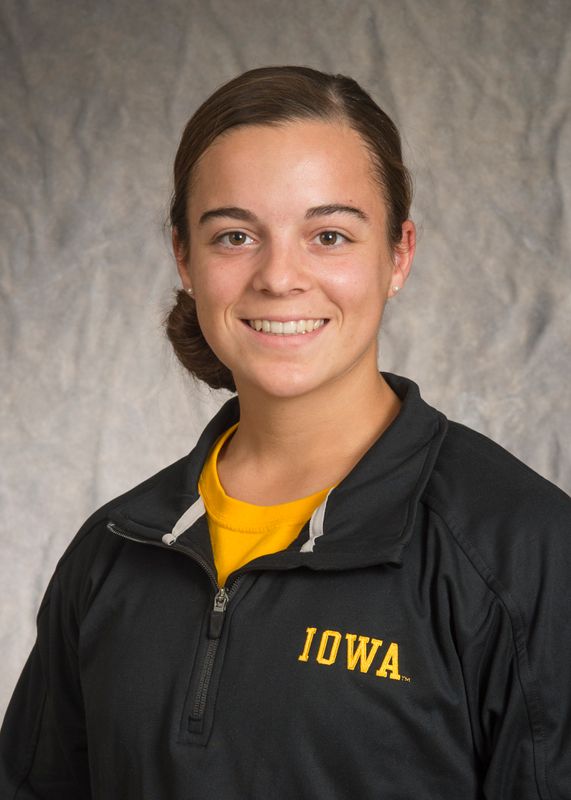 2014-15…CRCA Scholar Athlete… competed with the 1V8+ crew at the Head of the Des Moines and against Indiana and Kansas in the fall… Competed with the 2V8+ at the Nordic Nine, Big Ten Double Dual, B1G/Big 12 Challenge, Tennessee, and the Big Ten Championships… helped the 2V8+ crew top Michigan State for a win of more than four seconds at the Big Ten Double Dual… helped the team to a sixth place finish, the second highest scoring performance at the Big Ten Championships in program history, and the highest since 2003.

Before Iowa… Four year letterwinner in softball… three-time All-state selection and two-time All-conference… recorded a .504 batting average during her senior year… had 11 RBI and recorded a .526 batting average her junior year… recorded 11 RBI and had a .421 batting average her sophomore year… collected 15 RBI and recorded a .339 batting average her freshman year… Mid-Illini Conference champions during sophomore, junior, and senior seasons… three-time Regional champion… team won Illinois Class 3A State championship as a sophomore… two-time varsity letter winner in volleyball… second team All-conference her junior year… volleyball team was regional and sectional champions… member of the National Honor Society… graduated in the top five percent of her class out of 226 students with a 4.37 GPA… volleyball coach was Karla Bartman and softball coach was Derek Linder.

Personal… Born November 9, 1993 in Peoria, Ill… daughter of Steve and Laura Anglin … nursing major… lists her Aunt Bridget as the most influential person in her life.

Why Iowa… I got into the Early Decision nursing program, which was a major deciding factor for me to attend Iowa. I want to be a nurse and earning a guaranteed spot in the nursing program as a freshman was the cherry on top of this beautiful campus and perfect distance from my family.

My favorite aspect of rowing is… I love the thrill of being in a boat with seven other rowers a giving 110 percent, trying to out-row the other boats that are next to you in the water. I love being able to see the improvement that I have made and knowing that my hard work is paying off.

What made you want to become a rower… The fact that I had a chance at fulfilling my dream of being a Division 1 athlete was the main reason I wanted to try rowing. I came to know about rowing when Susie Stralina and April Podbregar approached me in the bookstore and told me I looked athletic and should join the team.