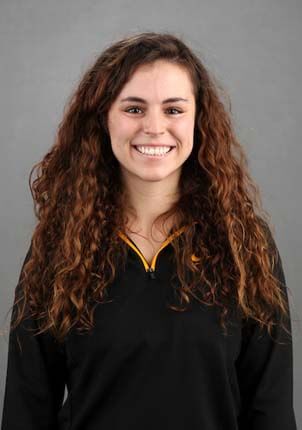 Before Iowa…Participated in tennis, volleyball, track and field, and cheerleading in high school…Named an All-American cheerleader, cheer team captain, and co-captain of the track and field team.

My favorite aspect of rowing is…It teaches you how to be a follower. You must follow and match the woman in front of you for every single inch of the stroke. Following is just as important as leading because by following, you help lead the team to success.