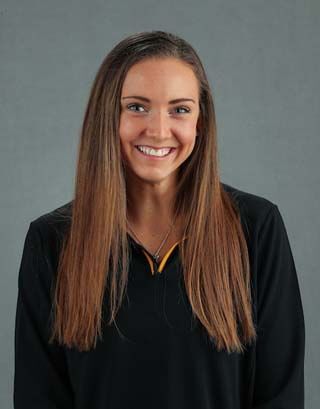 • Finished second at Southern Methodist with the IV4 crew with a time of 6:18

• Finished third and second at the Hawkeye Regatta and Michigan, respectively

• Appeared in five competitions with the I N8 crew

• Finished behind No. 18 Michigan State and Michigan in Ann Arbor

• Bested Alabama and Miami with a time of 7:04.0 at the Longhorn Invitational

• Competed in cross-country and track in high school

• Third fastest in school history for cross country in the 5k

• Third fastest in school history for 800m in track

• Varsity letter two years in soccer and track and field

• Has one sister, Hannah