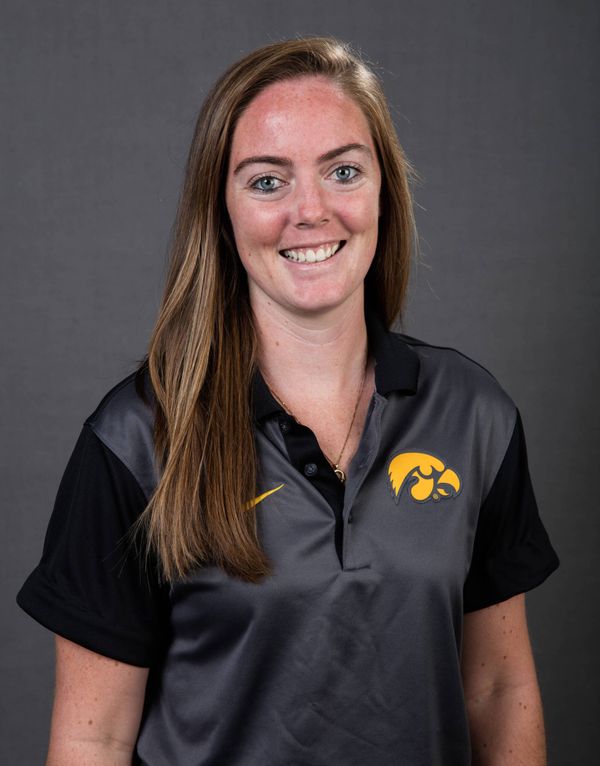 Megan Fitzpatrick returned to the Iowa program as an assistant coach in November, 2021.

Fitzpatrick returns to Iowa City following three years as an assistant coach at the United States Naval Academy. The Navy coaching staff was named Region 2 Staff of the Year in 2021 after placing 18th overall at the NCAA Championships. Fitzpatrick coached the Varsity 4+ to a 14th place finish in 2021.

Fitzpatrick was on Iowa’s staff for five seasons from 2014-19. She was Iowa’s graduate assistant coach from 2014-16 before being promoted to a full-time assistant in 2016.

As a member of Iowa’s staff, Fitzpatrick helped lead the team to three consecutive appearances in the NCAA Championships. The Hawkeyes appeared at the 2017 national regatta for the first time in 16 years, and proceeded to qualify for the national championships in each of her final three seasons.

At the 2018 NCAA Championship, Fitzpatrick and the Hawkeyes placed 11th in the team standings with a school-record 69 points. Earlier in that same postseason, Iowa set a team scoring record at the Big Ten Championships with 111 points, good enough for fourth place. Fitzpatrick was part of an Iowa staff that earned back-to-back CRCA Region 4 Staff of the Year honors in 2017 and 2018.

Fitzpatrick graduated from the University of Tulsa in December of 2013. While at Tulsa, she was a four-year letterwinner and captained the team as a senior in 2012-13. Accolades from her time in Tulsa, included the 2013 Tulsa Rowing Hurricane Spirit Award and recognition on the C-USA Commissioner’s Honor Roll and Tulsa Athletic Directors Honor Roll all four years. Prior to her collegiate career, Fitzpatrick rowed for Holy Spirit High School in New Jersey where she was an SRAA National Champion (Lightweight 8+) and a two-time Stotesbury Champion (Lightweight 8+ and Freshmen 8+).

Fitzpatrick graduated with a bachelor of science in exercise and sports science and a bachelor of arts in education from Tulsa in December of 2013 before obtaining a master’s degree in sport and recreation management from Iowa in May of 2016.